The Life of a Book

By :  The Library of the Jewish Theological Seminary Posted On Dec 15, 2017 | Speaking of Text: The Jewish Bookshelf 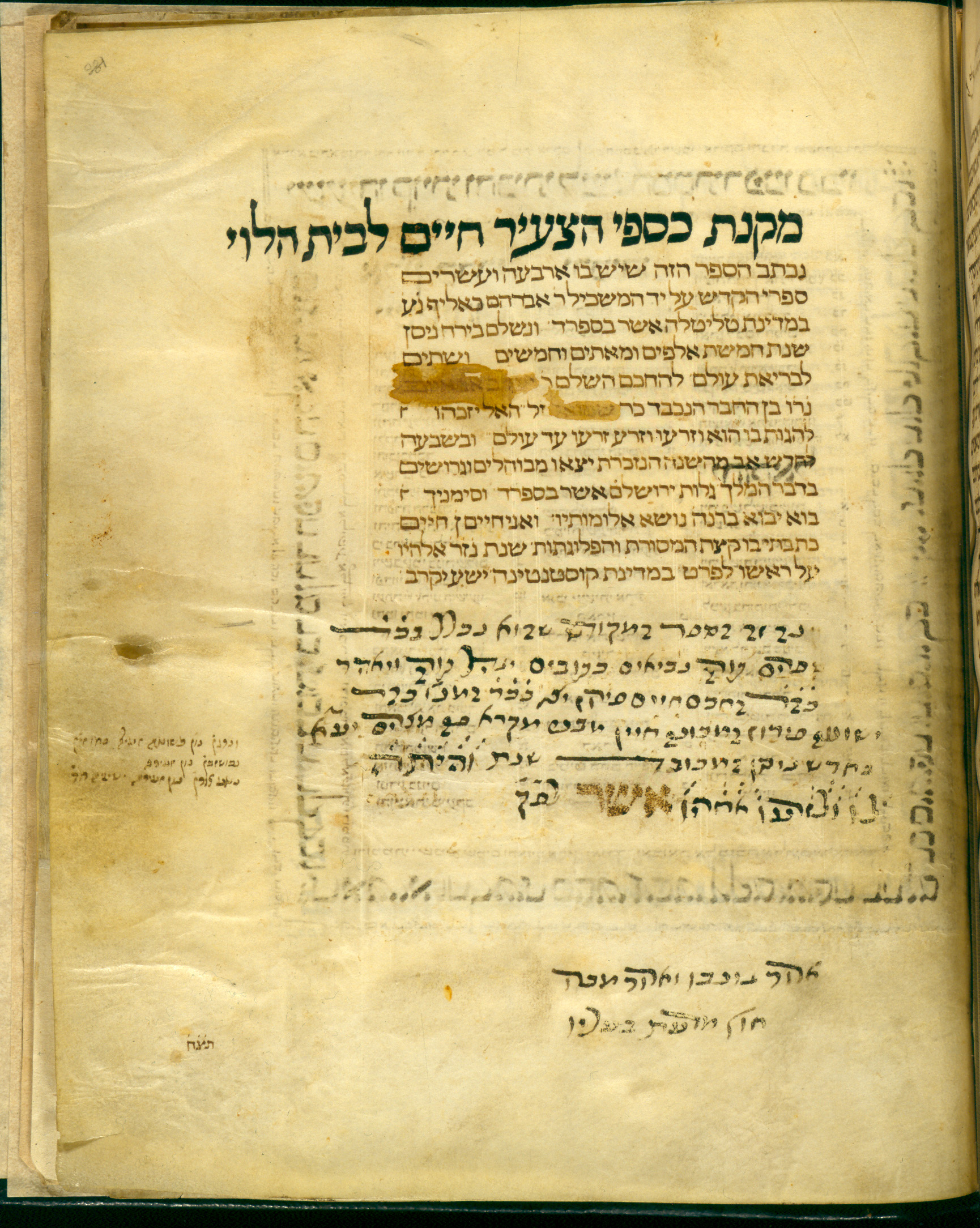 Every book has a life of its own, sometimes mundane and sometimes astonishing. The life of the book in which this page is found has been quite extraordinary. The book is a Hebrew Bible. It was born of fine parchment and ink, shaped by craftsmen and scribes who spared no effort to make it the best of its kind. It was written for a wealthy family in Toledo, Spain, in the 15th century, in order that they “and their children and their children’s children” might study it forever. Remarkably, it has survived to this day.

But even more remarkable is the fact that its production was interrupted by the infamous decree of King Ferdinand and Queen Isabella, expelling all Jews—including the owners of this manuscript—from Spanish and sending them to other lands. This Tanakh, with its owners, ultimately made its way to Constantinople (Istanbul), the capital of the Ottoman Empire, and it was finished there just five years after the expulsion.

But neither was that the end of the book’s life story, as various later owners—whose claims are inscribed on this same page—claimed it for themselves. A book well-crafted, with a life well-lived, is now in The Library of JTS.