The Challenge of Finding Balance 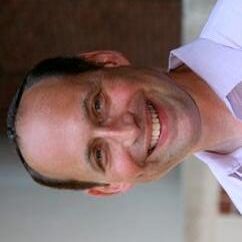 If intricate descriptions of construction details capture your imagination, then Va-yakhel is your parashah! This week, the building of the mishkan begins in earnest as the Torah invites us into its patterned and often repetitive discussion of the ark and menorah, of drapes and coverings, of supporting poles and clasps, of the nitty-gritty of building. Amid the minute details, the Torah carefully hides a truly important life lesson, a teaching that takes the form of contrasting life postures, each connected with a particular character in the narrative.

First we meet Bezalel, the master craftsman who will actually build the mishkan. The Torah describes Bezalel as God’s choice for the task, an artisan imbued with “a divine spirit of wisdom, understanding, and knowledge” (Exod. 35:31). At the end of the same paragraph we encounter a fascinating description of the people, one that will surprise anyone involved in Jewish communal life. Daily, the people bring gifts to be used in the building project, and daily, Moses receives a full accounting of contributions. Before long, we learn, the people have given more than required, so much so that Moses calls on them to stop (Exod. 36:3–7)!

In the flow of the Torah’s story, Bezalel and the people, each making his or her unique contribution, work together in concert and harmony to complete the task before them. A midrash, however, beautifully complicates the story by suggesting something of a character flaw on the people’s part. Midrash Sh’mot Rabbah says

The young man of the parable makes no distinctions. He gives to charity and he contributes to the Roman theater, hardly a worthy cause in the rabbinic mind. And in each enterprise, he exhibits no adherence to boundaries. He comes off as thoughtless, impulsive, endlessly open to manipulation and persuasion, utterly lacking in roots and foundation. The midrash now applies the parable to its real concern, the Torah and the people of Israel:

The people exhibit a troubling unsteadiness in the eyes of the midrash. They let their passions get the better of them, failing to think carefully before they act. Their apparent alignment with Bezalel and the building of the tabernacle collapses under scrutiny, as the people’s jumpiness fares badly in the face of Bezalel’s solid and steady spirit. Again, from Midrash Sh’mot Rabbah:

The world was created with three elements as it is written: “In wisdom God founded the earth, with understanding God established the heavens, with knowledge God broke up the depths” (Prov. 3:19–20). And the tabernacle was made with these three elements as it is written: “and God has filled him with God’s spirit, in wisdom, in understanding, and in knowledge” (Exod. 35:31). (48:6)

The midrash couldn’t be clearer in its endorsement of Bezalel’s spirit, nor in its noting the parallels between human endeavor and the divine work of Creation. Thoughtfulness and deliberation trump unbridled enthusiasm in the rabbinic reading of Parashat Va-yakhel and in our tradition’s understanding of a life well lived.

I’m intrigued not only by this juxtaposition of Bezalel and the people, but also by its emergence in the midst of a parashah overloaded with minutiae and technical detail. It does seem to me that steadiness without passion is no more desirable than enthusiasm without boundaries. By placing both extremes before us in the same paragraph, the Torah, I suggest, offers us the ever-present challenge of finding balance. Bezalel’s solidity coupled with the people’s passion brings the tabernacle into being. While representing distinct personal attributes, the people and Bezalel in fact beautifully complement one another. In all things, we need both qualities—creatively held in tension, calling on us to seek and maintain the balance.