The Blessings of Curses 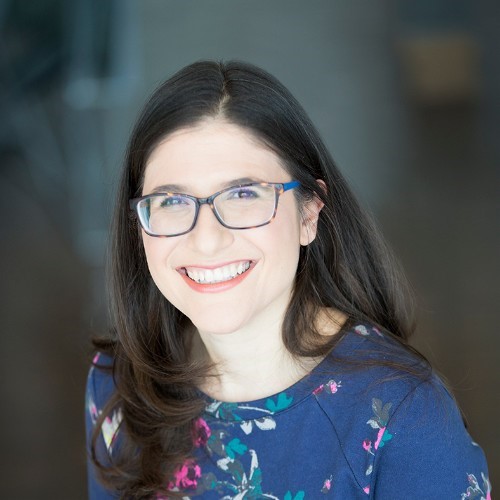 It is easy to see the last two years as a curse. A million people have died in the US alone; lives have been upended. We are in a constant state of emotional whiplash, responding to whatever new national emergency faces us. This week we are reeling from another school shooting and the murder of nineteen children and teacher in Texas. Reading the curses at the center of Parashat Behukkotai, I was struck by how chaos and lack of control presented within the tokhehah, or admonition, dovetails with the constant emotional upheaval of the pandemic and the trauma of modern life.

This accumulation of divine admonitions in relation to the collective experience of the past years led me to philosopher Walter Benjamin’s Angelus Novus. In a posthumously published essay, “Theses on the Philosophy of History,” Benjamin describes a print he had purchased in 1921, which features a striking image of a wide-eyed and wings-outstretched angel.

His face is turned toward the past. Where we perceive a chain of events, he sees one single catastrophe which keeps piling wreckage upon wreckage and hurls it in front of his feet. The angel would like to stay, awaken the dead, and make whole what has been smashed. But a storm is blowing from Paradise; it has got caught in his wings with such violence that the angel can no longer close them. The storm irresistibly propels him into the future to which his back his turned, while the pile of debris before him grows skyward. The storm is what we call progress.

In Behukkotai, both blessings and curses seem to pile up, overwhelming the recipient either with abundance or challenging circumstances. It is easier to see the parallels between Benajmin’s storm and the increasing curses of the tokhekah: sickness, famine, exile, and death seem to pile up on the Israelites. In thinking through these blessings and curses and Benjamin’s pessimism about progress, is there room for optimism?

The parashah opens with descriptions of abundance for the Israelites if they “follow My laws and faithfully observe My commandments” (Lev. 26:3). The blessings end with a reminder of God’s redemptive role in the Exodus. “I the Lord am your God who brought you out from the land of the Egyptians to be their slaves no more, who broke the bars of your yoke and made you walk erect” (Lev. 26:13). We can picture the Israelites being propelled forward into freedom but accompanied by mountains of wreckage that trail behind them—generational trauma, environmental and physical plagues, and death. The blessing portion of the parashah evokes the adage too much of a good thing, potentially leading those with plenty to miss the metaphorical debris surrounding them.  There is a flipside to blessings, one that calls on the recipient to acknowledge their position of privilege.

And with curses, the opposite can hold true as well. Challenges, obstacles, and impediments can create new awareness and provide a measure of compassion that allows individuals to step outside of their experience. The angel in Benjamin’s image is highly aware of what is going on around him, which seems to be a reaction to his constant propulsion. One curse in the parashah also refers to this distinct sense of situational awareness:

As for those of you who survive, I will cast a faintness into their hearts in the land of their enemies. The sound of a driven leaf shall put them to flight. Fleeing as though from the sword, they shall fall though none pursues.

In comparison to the initial blessings of carefree living, this ongoing anxiety and movement seem overly burdensome.  The survivors are like Angelus Novus with wings spread, being pushed forward. This progress is terrifying, but it also forces the individual to be acutely aware of his or her surroundings. Strangely, Benjamin’s angel has been tracking me for the past half year, appearing in two books[1] and at the center of an exhibit that I encountered. In both books, a novel and a work of social commentary, Benjamin provides a counterpoint to an unconsidered life, with the authors illustrating the dangers of unchecked development through the trajectory of the angel.

In the tokhehah, God’s wrath comes from the rejection of commandments—commandments that include the exhortation to care for those in need, “the widow, the orphan and the stranger.” Curses emerge from unappreciated prosperity, failing to live up to the moral code at the center of God’s laws and commandments. Blessing can also arise from curses. Anxiety and challenge can heighten mindful appreciation of the plight of others and our broader world. We can be responsive instead of apathetic. Yes, we are deeply enmeshed in a difficult time in a challenging world. This offers us a chance to see the wreckage and evaluate what we can do differently. Even within the “curses” of the COVID era, there have been opportunities for “blessing”—for us to take stock and better appreciate the simple joy of being with friends, to explore and enjoy nature, to consider what really matters to us. It would be easy to be mired in the debris that is trailing behind us, but like Benjamin’s angel we can be intentional, facing forward, looking to what comes next.

In moments of trauma, we can develop an awareness of our challenges and shortcomings and develop a powerful sense of empathy. Behukkotai implies that there are reasons for national calamity, rooted in complacency during times of prosperity and ignoring inequity and injustice. There is a sense of the power of human agency to behave differently, and the moral responsibility to do so. And for people to find ways to do this together would truly be a blessing.

[1] The Book of Form and Emptiness by Ruth Ozeki and How to do Nothing: Resisting the Attention Economy by Jenny Odell