The Antidote to Korah 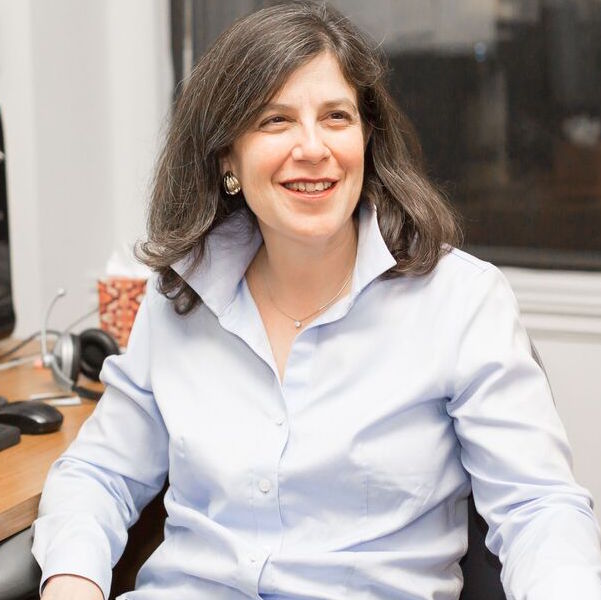 How to deal with a demagogue? Parashat Korah offers a case study in what works and what doesn’t.

The parashah begins with a dramatic confrontation. Korah gathers together with Datan, Aviram, On, and 250 community leaders, and hurls accusations at Moses and Aaron:

You have gone too far [literally: You have too much]! For all the community are holy, all of them, and the Lord is among them. Why do you raise yourselves above the Lord’s congregation? (Num. 16:3)

His claim is classic demagoguery: Korah lies, but his assertions are hard to disprove; he accuses his opponents of his own secret intentions; he appeals to populism, when he is in fact driven by his ego; he distorts the truth with oversimplifications; and he seizes a moment when the people are demoralized and vulnerable.

How does Moses respond? He initially tries reason, appealing to the rebels’ better nature (16:8-11).  When that fails, he then proposes a test to reveal the truth: each member of the rebel group will appear before God with a fire-pan, with incense and fire, and God will reveal who is truly acting on God’s behalf (16:5-7, 16-18). The rebels apparently agree, but anticipating the showdown, support for Korah only grows:

That entire night [Korah] went to the tribes, and convinced them. He said, “are you under the impression that it is only for myself that I care? I care for all of you! These [Moses and Aaron] come and take all of the positions of greatness”… Until they were all convinced. (Rashi on 16:19)

So Moses proposes an additional test. If Moses is truly God’s servant, and Korah and his followers are in the wrong, then God will cause them to die a supernatural death: the earth will open and swallow them. God vindicates Moses: the ground opens and swallows Korah’s whole crowd alive, and Divine fire consumes the 250 men with their incense (16:28-35).

Isn’t this just what Moses needed? (And who wouldn’t love divine intervention to prove one’s point?) Unfortunately, God’s smiting the rebel faction doesn’t matter. The people have bought into Korah’s narrative that Moses and Aaron are the bad guys, and even divine oracles fail to sway them: “The entire assembly complained the next day against Moses and Aaron saying, ‘You have killed the people of Adonai’” (17:6).

Why doesn’t the destruction of Korah and his assembly work, and what can we learn from Moses’s attempts and failures? One clear lesson is that solutions aimed only at leadership are inadequate. Moses succeeds rather quickly in removing Korah and his band. But when a demagogue holds sway, the problem is always systemic, and systemic problems demand systemic responses. As Isaac Arama tellingly comments regarding Moses’s and Aaron’s objection to God in16:22 (“The one man shall sin, but You will be angry with the entire assembly!”): when one limb is diseased, we say the person is sick (Akedat Yitzhak).

Perhaps for this reason, rather than demonizing Korah and making him “other,” the Rabbis say that Korah was a scholar, learned in Torah—a sage like themselves (Bemidbar Rabbah 18:3). In doing so, they did not merely turn Korah into a warning of the dark side of the rabbinic enterprise of acquiring Torah. They also became role models for all of us. It’s natural to want to distance ourselves from behavior we find abhorrent. But the Baal Shem Tov famously taught that if you witness evil, it‘s because that potential for evil is within you. By claiming Korah as emerging out of their own community, the Rabbis conveyed the same lesson on the collective level: when a toxic figure captures a community’s or society’s trust, the entire community needs to engage in self-examination.

The second lesson is that once irrational anger and fear have been tapped, and faith in genuine leadership undermined, the process back is a long one, demanding patience, fortitude, and calm, disciplined leadership. Moses himself learns this lesson. Initially, he (and God) fight fire with fire. But then Moses slowly weans the people—and the reader—off the high drama and reactivity instigated by Korah.

God instructs Moses, “Separate yourselves from the midst of this assembly and I shall destroy them in an instant.” Encouraging Aaron to act quickly, Moses says, “the wrath has gone out milifnei Adonai [literally: from the presence of the Lord]; the plague has begun!” (17:10-11).The plain meaning is that God is angry, and punishes the people with a plague. But it is possible to read this exchange not as command and response, but as instruction and learning. God explains to Moses that if the authentic leadership separates from the people, they will quickly self-destruct. Moses then conveys the message to Aaron: anger has drawn the people away from God’s presence, and this itself has become a plague that will destroy them. So rather than separate themselves, Moses directs Aaron to stand right in the middle of the people (17:11-13). Rashi evocatively notes that Aaron “seized the Angel [of Death] and made him stand still against his will.” Though neither reason nor miracles have succeeded in calming the people’s anger and fear, a non-anxious presence—connected but not enmeshed—is a first step.

Then Moses chooses a new symbol. Rather than the passion and destructiveness of fiery incense, a wooden staff blossoms, sending forth shoots and almonds (17:23)—a message of gentleness, generativity, and hope.

We would like the story to end there. Yet even this fails to fully resolve the people’s complaints. Though they no longer wrongly accuse Moses and Aaron, they remain paralyzed in a reflexive fear and despair that has become self-fulfilling: “Behold! we perish, we are lost, all of us are lost” (Num. 17:27).

That’s when the real work begins. The parashah concludes with an entire chapter detailing the duties of the Levites. Chapter 18 offers a remedial lesson in what structured, centered, authentic leadership looks like. We reclaim the notion of leadership as service, not a quest for power, glory, or wealth, and we read of the burdens and not only the rewards of leadership. We’re reminded of the importance of protecting against impingement on that which is holy, and on core values.

Stylistically, chapter 18 is dull, especially after the drama of the Korah narrative. And that’s part of the point. Demagogues create compelling drama. Leadership is found in the day-to-day shouldering of burdens—rarely thrilling, often boring.

In the end, the parashah challenges us to teach ourselves how to resist demagogues: to understand the problem as our own, not as external to us; to embody calm and hope; and to break our addiction to high drama, attending to and valuing the disciplined work of genuine service.