Strangers at a Revelation 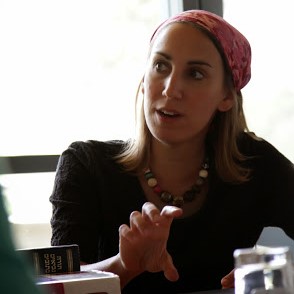 Parashat Yitro is framed by the geographical and conceptual ideas of exile and homecoming. Against the backdrop of Bereishit, the notion of movement is critical in framing the experiences of biblical characters: the exile from Eden; the exile of Cain; the “calls” to Abraham, Jacob, and others to move, relocate, and find new homes.  Even the climax of the story—the giving of the Torah—will not happen upon arrival in the homeland, but rather, on the move:

Setting out from Refidim they had arrived at the Sinai desert, encamping in the wilderness, and there Israel camped, facing the mountain, while Moshe went up to God. [1]

The Torah is set to be given at an unknown site, in an encampment of no-man’s land, and surrounded by the wilderness. This setting amidst desert-wandering is appropriate for the giving of Torah and the people themselves, as strangers here, are worthy of receiving it. The parashah’s opening attests to this with a reminder that the name given to Moses’s son, Gershom, was an expression of the experience of being a stranger in a strange land:

One was named “Gershom”, for Moshe had said “I have been a stranger in a foreign land.

There is a profound recognition given to the significance of living as strangers in a strange land. The significance of Gershom’s name is elaborated upon in Midrash Shemot Rabba, relating it to Joseph—also as an individual who had been “exiled”—and the naming of his sons:

It is the way of wise people to give a name [to a child] for an event that has happened. What do we know of Joseph? That he called his firstborn Menashe because “God has made me forget my arduous strife and my father’s home”  (Gen. 41:51) to remember the miracles that the Holy One blessed be He has done for him. Even Moses named his son Gershom for the miracle that God did for him, because he [Moses] was a stranger in a strange land, and [even in this case] the Holy One blessed be He succeeded.

Moses himself was a stranger, and despite this, or because of this, he went on to become a great leader and a prophet who communicated directly with God in the desert. This is a feat that is praised by the Midrash. Mishnat Rabbi Eliezer further links prophecy with the experience of the stranger:

If our ancestors referred to themselves as strangers, then there is an innate appreciation of the role of being an outsider in forging a prophetic connection with the divine. In this sense, there is a connection between the stranger and the giving of the Torah.

But why does one have to be a stranger to receive the Torah? How can the idea of not having a home offer an opportunity for holiness and revelation to happen?

Expulsion from the childhood garden, alienation from the earth, and estrangement from other human beings . . . Most of what we call civilization is a product of that homelessness.[3]

We can interpret Eisen’s idea in the following way: these three movements—expulsion, alienation and estrangement—lie at the core of the paradigm of the giving of the Torah at Sinai. However, whilst there is no homeland at this stage, there is a promise of redemption which, together with the instruction of the Torah, provides a way of life. The ramifications of this paradigm of three movements go far beyond the revelation at Sinai. Exile remains paramount in Jewish history, and the revelation in the wilderness serves as a historical precedent for the Jews exiled to Babylonia.

The philosopher Franz Rosenzweig links the revelation to its exilic context in The Star of Redemption:

Thus in the dawn of its earliest beginnings, as well as later in the bright light of history, this people is a people in exile, in the Egyptian exile and subsequently in that of Babylonia. To the eternal people, home never is home in the sense of a land . . . ”[4]

The prolific Jewish thought and writings of the Babylonian exile are exemplified through the vast exilic literature, wherein the pathos of the yearning for the homeland is so poignant, and expressed in song:

How can we sing the Lord’s Song in a strange land?

Exilic wandering serves to sustain a distinction between the human and divine realms—wherein the separation itself is innately connected to holiness—a dichotomy expressed in the word קדוש (kadosh), which means both holy and separate.

The philosopher Jacques Derrida connects the idea of receiving the Torah as a “welcoming” in a moment when we:

“greet the infinite transcendence of a separated holiness, [we are urged] to say yes at the moment of a separation, indeed of a departure that is not the contrary of an arrival—is it not this deference that inspires the breath of an a-Dieu?[5]

The “separation” from the land actually offers an opportunity to welcome holiness, to welcome the Torah into our lives and consciousness. A “departure” from the land does not represent “the contrary of an arrival” of Torah. Rather, it is the “deference that inspires” engagement with revelation and yearning for future redemption.

The notion that the greatest holiness is sought out by the stranger in the wilderness now gains a profound meaning. Instructions on conducting a life of sacred meaning and of building an ethical society are given whilst on a journey—of immigration—of migration and of a search for a home. This idea is given much prominence in Jewish life and liturgy today in the well-known song Shir La-Ma’alot שיר למעלות— the Song of Ascents (Psalm 126), which was sung upon return to the homeland by those who did return. But poignantly it is also sung by those who did not; by those who live in a state of homelessness; by those who live in a state of flux and transience. We learn from Parashat Yitro that redemption can be attained in this state of flux and uncertainty, and just as the Song of Ascents was sung in Babylonia, may we merit to sing our own song of redemption, and in this way aspire to holiness in our worlds and our lives.