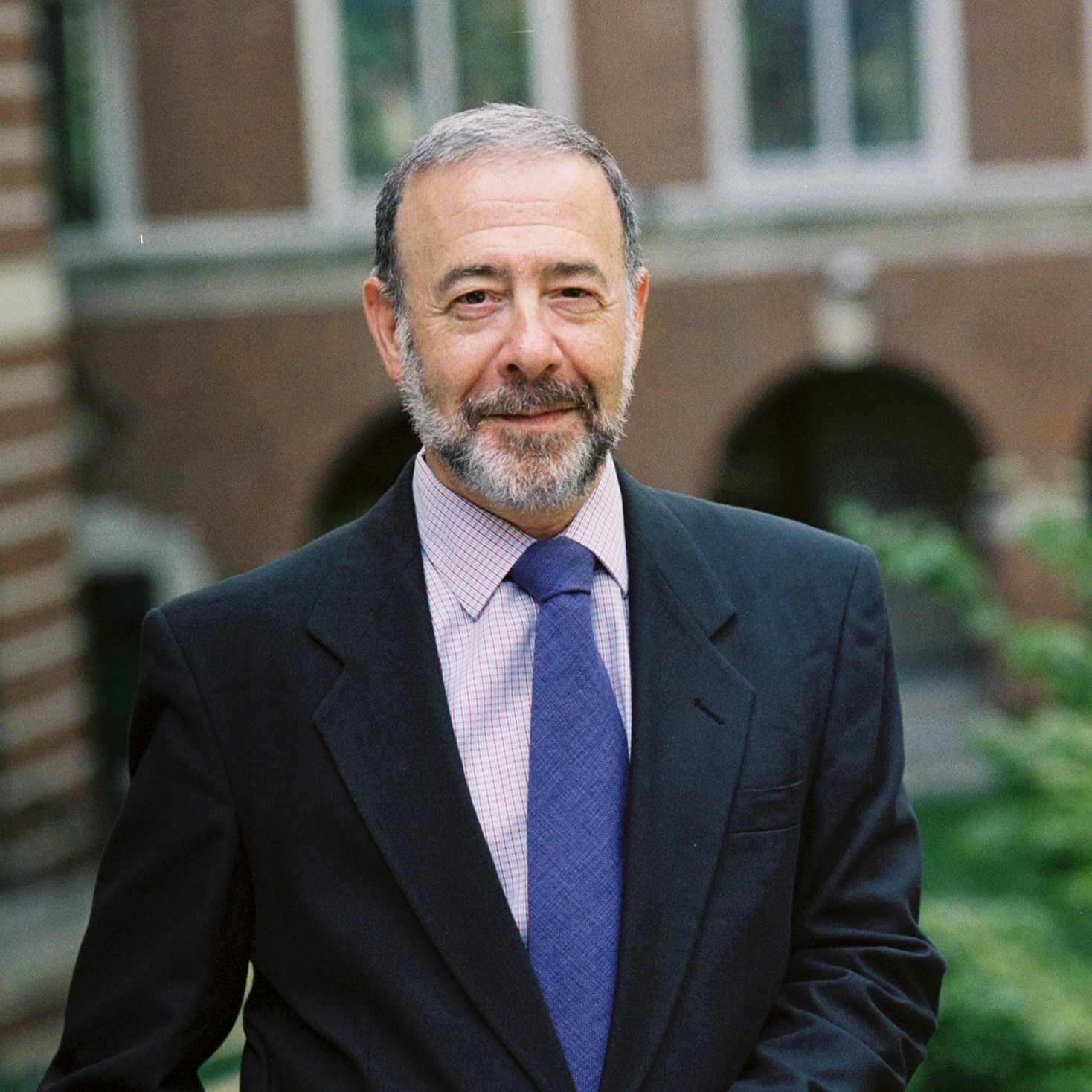 My mother, Vilna-born, spoke a very idiomatic Yiddish. When she wanted to convey how delicious something was she would say: “ketsa-PIKH-is bi-DVASH.” Although I studied Sefer Shemot in seventh grade, in a Yiddish day school, it wasn’t until my first year as a member of Havurat Shalom, where we read, translated, and subjected the weekly parashah to open debate, that I was able to identify the source of this delicious expression: “The house of Israel named it manna; it was like coriander seed, white, and it tasted like wafers in honey” (Exod. 16:31).

As a native Yiddish-speaker, I already knew that when something required enormous effort, you would say “es kumt on vi kries yam-suf, it’s as hard as splitting the Sea of Reeds,” which proves Rabbi Ishmael’s adage that the Torah speaks in the language of human discourse. It also proves how much Torah is embedded in Jewish speech. The Torah can be a Tree of Life not only by means of study, public performance, and personal praxis—by adhering to the myriad commandments stated in the Torah and derived from the Torah—but also through its living echoes. The Torah comes alive in and through live speech.

In our people’s liberation from Egypt came the fullness of speech. Where before there was a tiny cast of Biblical characters, all of whom belonged to a single family or interacted with them; and where before there was a mass of slaves whose anguish was so inchoate that only God could hear them, our liberation from Egypt released a cacophony of voices, audible voices orchestrated into three distinct movements. There was speech intent upon changing the direction of history; speech that gave voice to the people’s pent-up fears and suppressed desires; and (praised be the Lord) speech that was joyous and spontaneous.

The first voice recorded in this week’s Torah reading is that of the chief actor in its drama of miraculous intervention, namely God, speaking about the circuitous route that Israel is to follow:

Lest the people regret it, when they see war,
And return to Egypt! (Exod. 13:17, trans. here and below by Everett Fox, which best reflects the oral quality of the Torah)

For God’s deeds to be glorified through Pharaoh and his army, there must be buy-in from the community of the Children of Israel, as full partners in the covenantal promise. This spells trouble ahead.

The exit strategy from Egypt also includes one last-minute item of business. Moses remembers the promise that Joseph had exacted from his offspring, to have his bones reinterred in the Promised Land—the very last words that were uttered in the Book of Genesis: “God will take account, yes, account of you—so bring my bones up from here with you” (Exod. 13:19; echoing Gen. 50:25).

Then there is Pharaoh, about to exit the stage of sacred history forever, his servants and his army, all of whom are given speaking roles that make the Exodus one of the most thrilling pieces of historical writing on record. The moment Pharaoh hears about the roundabout route that the Children of Israel have taken, he will say “They are confused in the land! The wilderness has closed them in!” (Exod. 14:3). These words God will place in Pharaoh’s mouth even as God prepares to harden Pharaoh’s heart one last time; not only his heart, but also that of his servants, who exclaim, “What is this that we have done, that we have sent free Israel from serving us?” (Exod. 14: 5). So the chase is on, and the Children of Israel suddenly find themselves between a rock and a hard place.

And the Children of Israel cried out to YHWH,
They said to Moshe:
Is it because there are no graves in Egypt
That you have taken us out to die in the wilderness?
What is it that you have done to us, bringing us out of Egypt?
Is this not the very word that we spoke to you in Egypt,
saying: Let us alone, that we may serve Egypt!
Indeed, better for us serving Egypt
Than our dying in the wilderness! (Exod. 14:10–12)

This is an incantation of fear, a litany that repeats the name of Egypt obsessively, backing-and-forthing between questions and cries. Apparently, this is not the first time that the people have pushed back, insisting on their right not to be liberated from serfdom, not to be set free, not to risk all for the sake of an uncertain future. Only this time their fears are addressed directly to God in the presence of Moses, who answers them on cue:

Do not be afraid!
Stand fast and see
YHWH’s deliverance which He will work for you today,
For as you see Egypt today, you will never see it again for the ages!
YHWH will make war for you, and you—be still! (Exod. 14:13)

Now is surely not the time for debate, or for tolerating protest. “Why do you cry out to me?” God asks Moses in exasperation. “Speak to the Children of Israel, and let them march forward!” Speaking in martial voice, God issues orders to his chief of staff and lays out the battle plan for the ultimate vindication of God’s glory on the world stage.

Compared to the rich dialogue that leads up to the event and the outpouring of song that follows thereupon, the splitting of the sea and the drowning of Pharaoh’s chariots and their riders is over almost before it begins. The whole miracle is recounted in a mere five verses of prose (Exod. 14:27–31). What is uppermost in the Torah’s retelling is not the event, but the meaning of the event, and how better to elaborate upon its meanings than through the speech of those who witnessed it? And since the entire community of the Children of Israel are now involved, from the exalted leaders to the stragglers, men, women and children, their collective response is what matters most. 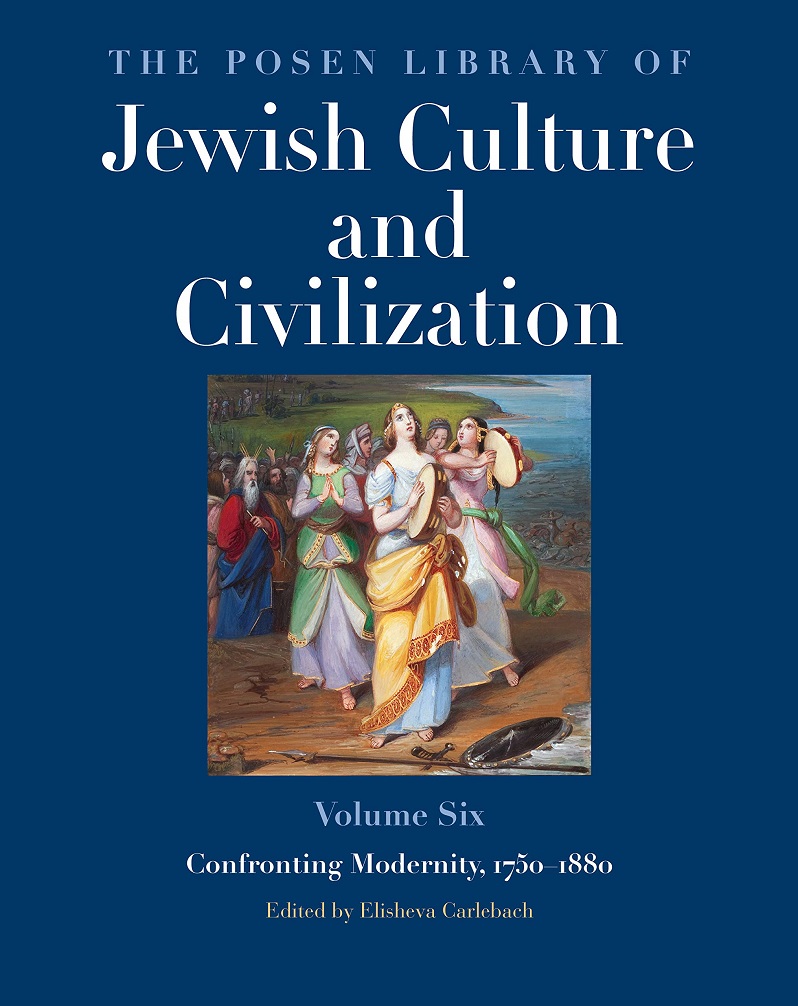 To be sure, it is Moses who initiates the Song at the Sea (Exod. 15:1–19), but it is the people who sing along responsively, perhaps because the lyrics are already familiar to them from the “national songbook,” (as James Kugel hypothesizes [How to Read the Bible, 231]), which Miriam the prophetess immediately picks up on, leading the women in song  and dance with a timbrel in her hand—a fitting climax to an Exodus story in which midwives, sisters, wives, and even Pharaoh’s daughter played such a prominent role. (This joyous moment in Jewish women’s history, as reimagined by Charlotte von Rothschild in 1842, is captured on the cover of volume six of The Posen Library of Jewish Culture and Civilization.)

However, in the Torah’s retelling, which must have been oral to begin with, no sooner do they enter the wilderness than their “grumbling” begins, and in line with the storyteller’s Rule of Three, this grumbling is repeated three times. In the Fox translation, each of these three “grumblings,” centered on the chronic lack of food and water, is clearly marked. What’s at stake is the people’s ability to hearken and obey.

He said:
If you will hearken, yes hearken to the voice of YHWH your God,
and what is right in his eyes will do,
giving-ear to his commandments
and keeping all his laws . . . . (Exod. 15: 26)

For the word of God to live it must be both oral and aural. It is not enough for there to be an authoritative voice issuing instructions and making predictions. The voice that speaks must be received by those who will hearken and give-ear, not as slaves who are forced to obey the edicts of their taskmasters, but as liberated men and women who saw the miracles that God wrought and responded in kind.

Speech is the truest register of how things really are, and, truly, the wounds of servitude have yet to heal; the doubts and fears have yet to be worked through. There is still a long way to go. Meanwhile their grumbling is forever etched in collective memory.

And he called the name of the place: Massa/Testing, and Meriva/Quarrelling,
Because of the quarrelling of the Children of Israel,
And because of their testing of YHWH, saying:
Is YHWH among us or not? (Exod. 17:7)

That is the question, then as now. What matters most is not whether there is enough water to drink or meat to cook—though this thing called manna tastes just like wafers in honey—but whether the struggle to be free is the will of God. Is there an Addressee for our complaints, a Someone to hear our cries, a Partner to our dialogue?

Stay tuned for the Torah readings to come.