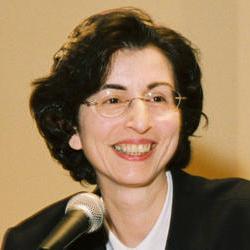 If offered such advice, most of us probably would choose the short but long road. That is also what Rabbi Joshua Ben Hananiah did: he headed down what he believed would be the shorter route. As he approached the town, though, he discovered that it was so hedged in by gardens and orchards that he could not get through and so had to return to the crossroad. Meeting the lad again, Rabbi Joshua asked him, “My son, did you not tell me this road was short?” The boy replied, “Did I not also tell you: ‘but long?'” Whereupon, Rabbi Joshua kissed the boy on his head and said, “Happy are you O Israel; all of you are wise, both young and old.” Presumably, Rabbi Joshua then headed down the long but short road and soon came upon the town he sought.

Sometimes the long road can get us where we need to go faster than the short road. That is as true for traveling as for the small daily interactions that build interpersonal relations and the large–scale projects that foster communal growth and change.

This is one of the lessons we can draw from our Torah reading this morning, Parashat Beshallah.

The Torah tells us that, as the Jews left Egypt, “God led the people roundabout, by way of the wilderness at the Sea of Reeds” (Exodus 13:18).

Ostensibly, God wanted to spare the Israelites a confrontation with the Egyptian garrisons that fortified the coastal road to Canaan. Some commentators suggest that the Israelites, recently freed from slavery, would be easily discouraged and would want to return to Egypt if they had to fight their way past these fortifications. Others suggest that Israel needed the extra time to develop the requisite skills and qualities necessary for success in the Promised Land.

As Etz Hayim explains,; “Sometimes the harder way of doing something turns out to be the better way.”

We know that is true. Sometimes, taking a little longer will get us where we want to go faster, and in better shape, than if we tried to take a shortcut. The long road sometimes is shortest.

The long road need not be an actual road, of course. One working mother found that her kids were most difficult precisely on those mornings when she felt the greatest pressure to get out on time. Realizing the pattern, she decided to take the long but short route. Taking a few extra minutes to be emotionally present with her children to say good bye for the day, she found that she actually got to work sooner and — not surprisingly — in a better mood.

I think we are experiencing that right now in our Movement.

Much has been written about the future of Conservative Judaism, not all of it optimistic or complimentary. Recent studies show that more American Jews now self report that they are affiliated with the Reform Movement than the Conservative Movement. Based on this information, some authors argue that the Conservative Movement’s days are numbered; that the least religious of us will move to the Reform Movement and the most religious of us will move to the Orthodox Movement and nothing will be left in the center.

In light of such findings, we might be tempted to take the short road, to lower our standards in an effort to be more competitive in the membership marketplace.

There is something to be said about being competitive, about knowing one’s market and its needs. Certainly, we need to look at the changing role of religion in society and the changing needs of twenty–first–century Jews. We certainly need to know and apply the best of technology to spread our message, whether through virtual classrooms or iPod downloads of favorite sermons. But I believe our parashah is warning us that grasping at what appears to be easy answers, the short road, will get us nowhere, except caught in the hedges.

There is a different road we can take. It is one that requires a new way of thinking, one I became familiar with through Tom Bandy, who has helped reinvigorate numerous Christian congregations. (I became familiar with his work through a workshop he led for the Rabbinical Assembly. His approach can be found in his book Moving Off the Map. )

Bandy suggests that if an organization doesn’t spend the time and energy necessary to focus on defining what its core values and bedrock beliefs are, it will not successfully be positioned to thrive and grow. For Bandy, at the center of this process is God. The process of self–assessment and reflection opens the community to hear God’s message and inspiration in defining the motivating vision for the life of that community.

Once the organization discerns its values and builds a community that actually lives those values inside and outside the physical house of worship, such clarity of vision energizes the entire congregation, freeing creativity and attracting like–minded individuals who are drawn to the dynamism of a community living in harmony with its beliefs and its covenant with God.

Bandy warns that this can be a very threatening process because it changes business as usual. Institutions, and the individuals within those institutions, may need to do things differently, and that is usually difficult. It is also threatening because, in a voluntary association, some members may not want to participate in such a demanding covenantal community.

Sometimes the long road is shortest.

The time is ripe for our Movement, and our individual congregations, to begin this serious process of discerning what our core values are. Are they Shabbat, kashrut, and Torah (study)? Hesed (treating each other with kindness), emet (truth and integrity), and tzedek (righteousness in word and deed in our congregations as well as society as a whole)? Ahavah (the love of one Jew for another), ahdut(the unity of a diverse Jewish people), and emunah (passionate faith in God)?

I believe that we can accomplish all this and much more as a Movement fully living its vision and potential.

Some among our membership may leave for other movements if we were to be unambiguous in our expectations of our members, clergy, professionals, and lay leaders. But I am confident that there will be others who will be attracted to what we can offer as a serious and observant, yet modern and flexible, Movement.

This is certainly what happened in the Orthodox world as they began to have serious expectations of their membership. Similarly, if we were unambiguous in our expectations, we would be able to retain our best and brightest because we could develop Conservative, Shabbat–observant communities even as we continue to offer our special mix of faith without fundamentalism which, among other things, provides women full religious equality.

We may need focus groups and brainstorming. We may need to make hard decisions and stretch ourselves spiritually, emotionally, and intellectually in ways we never thought we could. We may need to find new ways to be expecting but also accepting, actively recruiting and welcoming those who want to walk a serious journey toward Jewish engagement. We may need to open ourselves to prayer, as well as the study we do so well, in an effort to discern a clarified, motivating vision for our Movement.

The Conservative Movement today is like the Israelites right after they got out of Egypt. We realize that, though we may long to, we can’t really go back to the good old days when our numbers were swelled by the suburban expansion of first– and second–generation Americans desiring a tradition more Americanized and less restrictive than that of their parents. Like the Israelites of our parashah, we know we have to move forward but are unsure exactly where we should be going.

That is why we, too, may need to take a roundabout way, one of research and reflection, rather than grasp for short cuts that will only undercut the unique message and contribution Conservative Judaism has to make to the Jewish people and the world.

We have a unique, God–given mission as Conservative Jews. We stand at the crossroad of Jewish and world history, poised to rediscover our mission: The long but short road awaits.

The publication and distribution of the JTS commentary on Parashat Beshallah are made possible by a generous grant from Rita Dee and Harold (z”l) Hassenfeld.