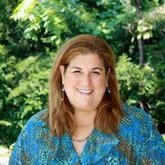 —“Promises, Promises” (from the 1968 musical of the same name), lyrics by Hal David

In Ki Tetzei, we find 74 of the 613 mitzvot—more than in any other parashah. We learn about sacred laws like the obligation to bury the dead as soon as possible; we also learn about seemingly mundane mitzvot such as returning lost objects. The direct connection between the parashah and the upcoming High Holidays can be seen in the laws about making and keeping promises (Deut. 23:22-24).

The lyrics above remind us that making promises can destroy or enhance life. Getting people to trust you, but then not following through, can seriously damage a relationship. While we always  need to consider how we use language and take care before we speak, this holy season prompts us even more to consider our words, vows and promises. In the end, making promises to God and those around us—and not following through—hurts us most of all.

You made me promises promises
Knowing I’d believe

The song’s lyrics, like those of Hal David, warn against the danger of building trust in others only to then let them down. Let’s make a vow to be extra careful this year with all our words, especially our promises.