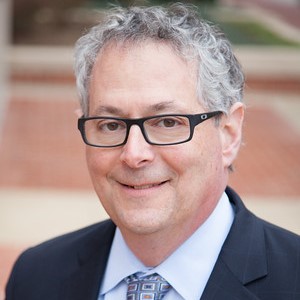 I have now heard the moaning of the Israelites because the Egyptians are holding them in bondage, and I have remembered My covenant. (Exod. 6:5)

Liberation being what it is, oppression is a necessary precursor. Would the world have been a better place if liberation were never necessary? That’s either a profound or a sophomoric question. Before I make my case, let me acknowledge that the question is purely hypothetical because liberation does exist as a response to the preexisting condition of oppression.

But I will suggest that there are two ingredients to liberation—will and power. Neither one is sufficient without the other. It sounds counter-intuitive and completely unfair, but it does not mean it is not true. Oppressed people who want to be free but do not hold the power to be liberated will remain oppressed—that much makes sense. But people cannot be dragged into liberation by someone else, no matter how powerful. The victim must make the first move.

The dilemma illustrated by the verse above is the subject of discussion each year during the Passover Seder. It is not the first time God bases liberation on hearing the laments of the Israelite slaves. It seems remarkably cruel to allow generations to pass and innocent people to be born and die while slaves. The proud and empowered family that arrived in Egypt to escape famine became slaves with incredible rapidity. Didn’t God see the contrast immediately? Commentators offer suggestions that defend God (the people had sinned), that blame the oppressor (the slaves were not allowed to bemoan their fates), and that deflect the question to the Bible itself (Abraham had been told his offspring would be enslaved, and therefore they had to be).

Allow me to suggest that this question goes back to the Garden of Eden. It is hard to imagine a less oppressive environment than the paradise that existed for the first human beings. Every aspect of Creation was open to Eve and Adam, except one—the fruit of the Tree of the Knowledge of Good and Evil. I have written before (and will certainly write again) about what that tree was doing there in the first place. If it was forbidden, then what was the purpose of planting it? Who compelled God? No one, of course. It was meant to be there, and it was meant to provide its fruit to humanity. (Perhaps the timing was the issue, but that’s a different speculation.)

When the humans tasted the fruit, their eyes were opened, and they noticed what they had been unable to see before. They had not been physically blind, but they were unaware of their circumstances. They had not been prepared (yet) to deal with the inevitable fault lines in the world. To be liberated from their comprehensive dependence on God, they had to recognize the oppressiveness of surrendering their autonomy, even in paradise.

With evil let loose in the world, oppression was inevitable, and liberation became a constant necessity. But first, the oppressed needed to see the injustice of their circumstance. If the fruit of the Tree opened human eyes, the moaning of the Israelites opened God’s ears. They recognized that they were suffering. They recognized that their suffering was undeserved. They recognized that their taskmasters were to blame for their circumstances; it was not simply the way of the world. The first demand of their unlikely champion, Moses, gave permission to the Israelites to feel increasingly empowered and ready to take the steps toward their own liberation from their oppressors. God, out of wisdom, neutrality, or lack of awareness, was shaken into action.

I think about this subject because I ask myself, “Didn’t other men see the way so many of us have been oppressing women and vulnerable men?” The stream of news about politicians, entertainment personalities, business moguls, and military officers over recent months might make some people think that this problem is new. Of course, it isn’t. And now that my own ears have been pried open a little bit and my ears unmuffled, now that the victims are empowered by each other’s cries, the hard questions include: now that the will has been unambiguously expressed, what is the power that will join with it?

What would this world have looked like without the necessity for liberation? From the perspective of victims—and few among us have never been victimized—it would have seemed like a paradise. But unable to change the past, I think we have no choice but to face the future with open eyes to the good and evil in the world and open ears to the cries of the oppressed. Because no one will put the fruit back on the Tree, nor should they.