Offerings As Devotion and Redemption 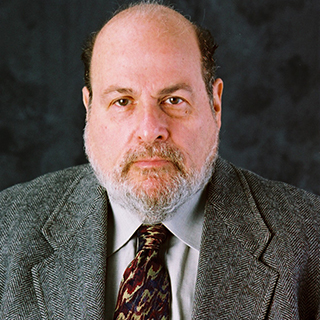 Parashat Pekudei ends with a tremendous scene, one of the highlights of the Bible: the divine Glory, the kavod, comes down from heaven and settles into the newly completed Tabernacle so that Moses cannot enter it. This is the culmination of the story that began in Parashat Terumah, when the divine tavnit, or model, of the Tabernacle was revealed to Moses, along with detailed instructions for the erection of the structure, the making of its vessels, and the creation of the garments and turban of the high priest. God promised that in this structure He would “dwell in the midst of Israel.” But the whole project was endangered by Israel’s sin of making the Golden Calf. Moses had to woo God back to His promise to rest in Israel’s midst. His success is marked by the descent of the Glory at the end of Pekudei. The building of the Tabernacle also represents a completion by humanity, through Israel, of the process of creation. This aspect is marked by a collocation of creation themes and language, especially the statement that “Moses competed the work” (vaykal Moshe ‘et hamelakha), words that echo the completion of God’s work of cosmic creation in Genesis 2:2. This is the macro meaning of Parashat Pekudei: it marks the coming together in the “Tent of Meeting” of God and humanity, and also a victory over sin, an act of repentance for a grave act of disloyalty to God.

But Pekudei begins with something micro, an accounting (pikkudim) of the funds spent on the building of the Tabernacle, down to the amount of silver spent on hooks and sockets. A charming midrash (Midrash Tanhuma, Pekudei) explains this exact bookkeeping as Moses’s response to the gripers and backbiters among the people. They saw how sleek and prosperous Moses looks, and assumed that some of the funds raised to build the shrine must have stuck to him: “Has not every man who administers so much cash himself become rich?” This is a common human reaction to all large building projects and their attendant corruption—Moses was thought to be one fat cat. The accounting of how the funds were spent is Moses’s retort and defense.

But there is a deeper meaning to the pikkudim of gold, silver, and bronze, which links up to the larger meaning of the parashah. Money for the Tabernacle was raised in two ways: First, Parashat Terumah recounts that the people brought great quantities of precious metals and stones. They were so enthusiastic that, in Parashat Vayak-hel, Moses had to tell them to cease: too much already! Of course, the people had been equally enthusiastic and liberal with gold to make the Golden Calf. Is their largess in regard to the Tabernacle at least partially the reflection of a guilty conscience? Second, money was raised for the Tabernacle through a census, as recounted in Ki Tissa. When a census (also pikkudim) was taken of the Israelites, each person over the age of 20 had to contribute a half-shekel as “atonement,” so that “they may not be smitten with a plague.” Apparently, numbering the people itself was viewed as a partially sinful act (as we see from David’s census, which was inspired by Satan, and punished by a plague [II Samuel 24]). The money so raised was to be a perpetual fund for the maintenance of the Tabernacle. This source of income was far from the spontaneous outpouring recounted in Terumah. The half-shekel was a redemption from sin, but also a mark of the equality of all Israelites, in that all—rich and poor—contributed exactly the same amount.

In the accounting rendered at the beginning of Parashat Pekudei, both sources of income are listed: the precious metals and the people’s terumah and tenufah (wave offering) reflecting their enthusiasm for the task, and also the half-shekel tax intended for the perpetual maintenance of the Tabernacle. Until the destruction of the Second Temple in 70 CE, the half-shekel was collected from Jews all over the Roman Empire as a financial expression of their loyalty to God’s shrine and the unity of the Jewish people.

But in the context of Pekudei, it is strange that both sources of funds should be mentioned. They represent quite different attitudes and messages. The terumah, spontaneous and enthusiastic, reflects the people’s great joy at the coming immanence of God in the Tabernacle and their certainty of divine guidance and protection. Their offerings were so abundant that surely no further funds, like the half-shekel, would be necessary to complete the work. Moreover, the half-shekel was neither a spontaneous nor a joyous offering, but rather a tax, which, in effect, was a kind of penalty. In Parashat Ki Tissa, it is connected to the concept of atonement. Do not the sober implications of the half-shekel detract from the ecstatic happiness of the whole undertaking?

But there is a link between the two contrasting types of offering, the terumah and the half-shekel. We noted that behind the people’s liberal enthusiasm there might be lurking feelings of guilt over the making of the Golden Calf, an act of extreme apostasy. How could God be brought to dwell in the midst of such a faithless people? The answer is the payment of the half-shekel, money intended primarily for the future maintenance of the shrine. It is not in their one-time burst of enthusiasm for the Tabernacle that the people showed that they had overcome their sin of apostasy, but rather in their steady commitment to the support of the holy place. This is what the half-shekel represents, along with a commitment to equality. The atoning redemption from the sin of the Golden Calf did not lie mainly in giving an abundance of gold for the building of the Tabernacle, but in the universal willingness of all Israelites to contribute a small amount in perpetuity toward its upkeep. With the destruction of the Temple, the function was transferred to all acts of tzedakah for the community. Every donation, no matter how small, is in a sense an act of redemption from the sin of worshipping the Golden Calf, and contributes to God’s dwelling on earth.

More on Pekudei More by Stephen A. Geller More in Torah Commentary