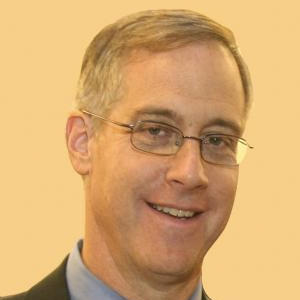 Recently I visited a group of Ramah teens on their one-week Poland experience, just prior to their summer trip to Israel. While visiting Jewish cemeteries in Krakow, I stood to the side and did not enter the area of the graves. Two of our teen participants, also both kohanim, asked me why I wouldn’t enter the cemetery, and I told them about the traditional prohibition of kohanim coming within six feet of a grave. Both decided to adopt this custom—at least for the days we were together—and both told me that even though they couldn’t explain why, it just felt right.

If Jewish summer camp and teen summer travel are opportunities for young Jews to engage deeply in the rituals of Jewish life purely out of joy, what role do obscure symbolic gestures or legal obligations play both during the summer and when the camp season ends? Is there any room left for commitment to a way of life which makes demands upon us even when we may not understand those demands or find immediate meaning in the performance of a ritual?

Perhaps one of the laws of Judaism that seems most distant and irrelevant in modern times is the idea of ritual contamination emanating from a corpse. Corpse defilement, as outlined in Leviticus 21 and elsewhere in Torah, is “cured” by the strange rituals set out in this week’s parashah, Ḥukkat. We take the ashes from the parah adumah (red heifer), and create a strange liquid mixture to sprinkle on the people, vessels, and rooms that came into contact with the corpse. Within seven days, everyone is purified. Not exactly an easy ritual to explain to anyone, much less children, teens, and young adults at summer camp.

This struggle for meaning is not unique to modernity, but has challenged Jewish educators for thousands of years. Our midrash provides us with a fascinating insight through the lens of one of the great 1st-century Rabbis, Rabbi Yohanan Ben Zakkai. “A certain non-Jew once asked Rabbi Yohanan about the ceremony of the red heifer, which ‘seems like sorcery.’” Rabbi Yohanan explained to the Roman that just as Roman culture contains mystical rituals; so too does Judaism. Most interesting in this midrash is the response of Rabbi Yohanan’s students: “‘Our master, you have dismissed him with a trivial reply. What answer do you give us?’ He said to them, ‘By your life, a corpse does not defile, nor does water make ritually clean, but it is the decree of the Holy One Blessed Be He who declared, I have issued an ordinance and enacted a decree, and you are not permitted to question My decree.’” (Tanhuma, Ḥukkat, 8) In other words, Judaism may be filled with beautiful and meaningful practices, but the true test of our faith is our willingness to follow Jewish law even when we cannot understand any purpose.

Why keep kosher? Why pray regularly, even when not in the mood? Why must we abstain from so many behaviors on Shabbat, even when they may help us relax? These questions are asked at every Ramah camp and give those of us who are educators (or parents, or grandparents) the opportunity to deeply engage the next generation, so many of whom are not likely to easily accept any authority as definitive for their lives.

So what are the possible answers? We have faith in God and we don’t question God’s Torah? But how do we know what actually is the word of God and what has been attributed to God through human intermediaries?

Must we follow our parents’ and grandparents’ ways in order to perpetuate our culture, our Jewish way of life? Must we keep faith with the practices of Jews throughout the world and throughout the generations? But our kids learn about the plethora of practices and beliefs and are encouraged to develop their own unique approaches. How does that jive with an appeal for uniformity?

While there is no perfect rational answer to this challenge, we can learn from Rabbi Yohanan ben Zakkai’s response to his students. We can tell the next generation that while we may find meaning in certain individual practices, we can also accept the yoke of commandedness even when the meaning isn’t so apparent. The greatest power that we possess is through being accessible role models and leaders. We hope that our children, students, and campers will learn, in their own way, that there are limits to rational understanding and that accepting Jewish law as a whole system can indeed lead to more satisfying lives.

Perhaps then, the lessons of the red heifer and the discussions around these strange rituals are indeed perfect lessons for summer camp and for any other setting of intense Jewish learning and living. And perhaps that is why two young men, standing with me in Krakow, took pride in beingkohanim and in following an age-old tradition of keeping their distance from the graves of our ancestors.