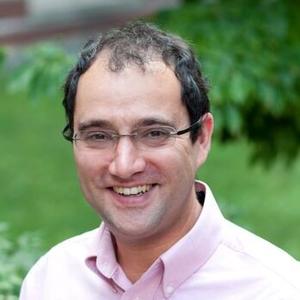 Listen to the full act on This American Life’s website.

This erev Shabbat is Inauguration Day. Right after the election, This American Life broadcast a conversation between two old friends, one of whom had voted Trump and one Clinton. These two friends disagree strongly with each other, but, thanks to their friendship, mutual respect, and faith in the other’s goodness, they are able to have a civil, thoughtful, reasonable political conversation.

Parashat Shemot offers a cautionary tale of what can happen when we’re not able to do that. Moses sees two Israelites fighting and tries, unsuccessfully, to intervene. The fighters tell Moses that he has no right to interfere since he killed an Egyptian the previous day. Moses is frightened, and says “אכן נודע הדבר”, “indeed the matter is known” (Exod. 2:13). The Midrash interprets this as the middle of Moses’s ruminations about why the Israelites deserve God’s punishment of slavery, and “the matter is known” as meaning that he’s figured out the answer: God’s punishment is because of the sin of gossiping, which is so widespread in the Israelite community that word of the previous day’s incident spread incredibly fast (Exodus Rabbah 1:30).

I’d like to suggest that the sin wasn’t gossiping: it was the Israelites’ fighting itself. Whatever those two Israelites were arguing over, they shouldn’t have let it go so far. Moses saw two Israelites moving beyond verbal disagreement into physical violence, and realized that that’s why God’s punishment was deserved.

There will be tough times ahead, when people will disagree strongly. The podcast reminds us how we should manage disagreements; the Torah cautions us of what can happen when we don’t.