Maimonides and the Merchants: Jewish Law and Society in the Medieval Islamic World

By :  Library of the Jewish Theological Seminary Posted On Dec 4, 2017 | Author Conversations: Between the Lines | Interreligious
Download

The advent of Islam in the seventh century brought profound economic changes to the Middle East and to the Jews living there. The Talmud, written in and for an agrarian society, was in many ways ill-equipped for the new economy. In the early Islamic period, the Babylonian Geonim made accommodations through their responsa, through occasional taqqanot, and especially by applying the concept that custom can be a source of law. Not previously noticed, in the Mishneh Torah Maimonides made his own efforts to update the halakha through codification. Mark R. Cohen’s new book Maimonides and the Merchants suggests that, like the Geonim before him, Maimonides wished to provide Jewish merchants an alternative and comparable forum to the Islamic legal system and thereby shore up an important cornerstone of communal autonomy. 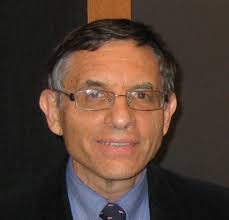 Mark R. Cohen is the Khedouri A. Zilkha Professor of Jewish Civilization in the Near East, Emeritus, and professor of Near Eastern studies, emeritus, at Princeton University. Educated at Brandeis University (BA), Columbia University (MA), and The Jewish Theological Seminary (MHL, Rabbi, PhD), he is a well-known historian of the Jews in Arab lands in the Middle Ages. His publications include Jewish Self-Government in Medieval Egypt; Under Crescent and Cross: The Jews in the Middle Ages; Poverty and Charity in the Jewish Community of Medieval Egypt, and, most recently, Maimonides and the Merchants: Jewish Law and Society in the Medieval Islamic World. Until his recent retirement from Princeton he was director of the Princeton Geniza Project, an on-line database of transcriptions of documents from the Cairo Geniza.

More by Library of the Jewish Theological Seminary More in Author Conversations: Between the Lines More on Interreligious