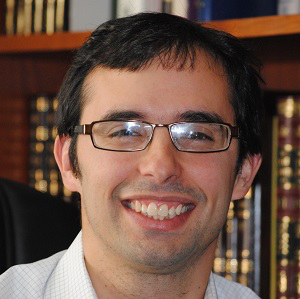 In our parashah this week we find an odd statement masquerading as banal—a revolutionary idea that at first glance seems familiar, but is something else entirely. In Deuteronomy 10:19 the Torah commands: “Ve-ahavtem et hager ki gerim hayitem be-eretz mitzrayim” (“Love the stranger, for you were strangers in the land of Egypt”).

We find very similar statements elsewhere in the Torah, of course, but with a crucial difference. Consider Exodus 22:20, for example: “Veger lo toneh velo tilhatzenu” (“Do not wrong a stranger, do not oppress him”). The end of this verse—which provides the reason for the law, or perhaps the reason why the people should take care to follow it—is the same as that in Deuteronomy: for you were strangers in the Land of Egypt. But in Exodus, and in most of the other biblical verses that address this issue, the command is: Do not harm, do not oppress. In Deuteronomy 10:19, we are told: Love. One is a negative injunction—do not act in such a way toward a stranger—while in this week’s parashah we have an affirmative requirement: Seek a ger out and show favor to him or her.

It is perhaps the oddity of this that leads Rashi to his interesting comment on this verse.  He quotes from the Talmud (BT Bava Metzia 59b): “Do not taunt your fellow with the blemish you yourself have.” This is an unexpected take on the verse—and one that affects the level of difficulty of this mitzvah. After all, not oppressing someone is easier, and takes far less effort, than acting affirmatively to befriend them, to try to understand and love them.  While the Exodus version of the command can be followed simply by staying out of the way of a ger, this Deuteronomic version in our parashah seems to require the exact opposite: to get in their way such that we can see the ger, and the ger can see us.  Rashi, perhaps sensing this difference, reads the verse as being less about public policy and more about public comity.  We all have blemishes, Rashi seems to be saying, and perhaps we should remember that when we are interacting with our neighbors.

Rashi’s reading of the verse seems to indicate that this command is not just about the ger but about the way we interact in general with those around us. And indeed, the Talmudic context for the comment that Rashi brings to bear on this verse is noteworthy in that it is all about the power of wounded feelings to bring great harm into the world. The narrative immediately preceding the Talmudic discussion of hurt feelings is the famous story of the oven of Akhnai, the rabbinic debate about the ritual purity of a particular oven that ends with a voice coming forth from heaven to declare, “These and these are the words of the living God.”

This story is often understood as proof of divine pluralism, or perhaps as a programmatic statement about majority rule. But we often stop reading right before the story gets to its ultimate point: Rabbi Eliezer, who holds the minority opinion, is excommunicated, his positions on all legal matters spurned, because of his willingness to disagree with the majority. Many hurt feelings follow, with the result that Rabbi Eliezer prays for the death of his primary antagonist, Rabban Gamliel. His prayer is granted, he is informed by his wife (who also happens to be Rabban Gamliel’s sister!), because “the gates of wounded feelings are always open.”

This is a rather cryptic statement, though it probably means that the prayers of those who have been insulted are allowed to reach heaven and be answered. But perhaps it can be read as more human than heavenly: some wounds do not close. And if that is so, we must be diligent in our ways of speaking to people, careful in how we interact. This is not simply a matter of staying out of everyone else’s way, of not interfering. This is a matter of finding ways to love those with whom we live: our family, our friends, our larger communities.

The Talmud understands that the easiest fault to find in others is that which we find within ourselves. Rashi applies that concept to the law of loving a stranger, and in doing so, he universalizes the command. To each other, we are all strangers, in one sense or another, and we must find ways to reach across the chasms that divide us. To begin, to take the first step, we must not wound, we must not harm. And then, having made our careful first approach, we must come nearer still and find within the other not just the faults we know we bear as well, but the depth of love-worthy humanity that every person carries as a birthright.

The gates of wounded feelings are never closed, and if we try hard to love each other, perhaps we can avoid opening them in the first place.