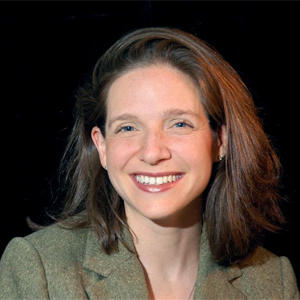 Has God ever called out to you? What did God say? What was God looking for? What kind of response did you give? It is not so often that God calls each of us directly. In fact, I would assume that most of us, while constantly striving to establish a relationship with God, have not received the call, as Moses does in the beginning of Leviticus, the third book of the Torah.

In this week’s parashah, Va-yikra (then God called), we see God reaching out to Moses, directly, without an intermediary. Unlike other incidents in the Tanakh, in which an angel or a prophet reached out to the leader of the time, we learn from Va-yikra Rabba that in this case, God is placing a direct call. Additionally, Midrash Tanhuma teaches us that it was only Moses who could hear this call directly. Although Moses was in the tent of meeting, the structure that the entire Israelite community had just spent months building, everyone else was still on the outside. They could hear the reverberations of the call, and they certainly received the message from Moses, but they did not get the call themselves.

The question is, what did God say? What was communicated in that call that was so crucial for Moses to hear? What can we learn from that call in order to develop a closer relationship with God, so that we too may receive that direct call? God, in God’s wisdom, created a system in which Moses, through the kohanim, would establish a system of korbanot (sacrifices), through which the Israelites would have the opportunity to engage God. The Israelites would be able to become close to God through their actions. Whether it was a burnt offering, a meal offering, a sacrifice of well being, a sin offering or a guilt offering, the Israelites had opportunities to become closer to God.

We, however, no longer have the ritual of sacrifice. An animal is no longer our means of communication to God. How then can we open up the lines of communication? The Rabbis (BT Taanit 27b) recall a conversation between Abraham and God during which even Abraham wondered how, in the time when there would be no ritual, people would be able to connect to God.

He then said to Him: “Master of the Universe, let me know whereby I shall inherit it.”

Abraham then continued: “Master of the Universe! This holds good while the Temple remains in being, but when the Temple will no longer be what will become of them?”

God replied: “I have already long ago provided for them in the Torah the order of sacrifices and whenever they read it I will deem it as if they had offered them before me and I will grant them pardon for all their iniquities.”

The reading of this week’s Torah portion, as well as the system of tefilot that the Rabbis instituted in place of sacrifice, are two means to opening the lines of communication between ourselves and God. The connection may be fuzzy at times. We might not be able to hear so well. In fact, there might be times that we do not hear at all. However, as we transition between the holiday of Purim, where God is hidden in the details, to the holiday of Pesah, where God is front and center with God’s outstretched arm redeeming us from slavery, I urge each of us to try to open up the lines of communication so that maybe we, like Moses, can receive a call.