Learning as a Lifelong Experience 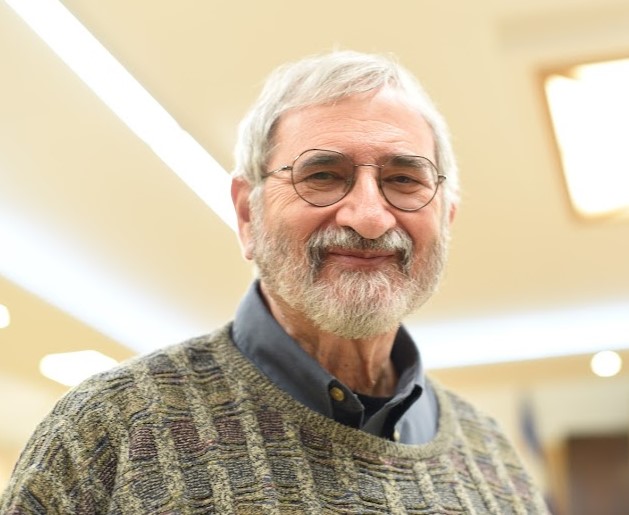 The ancestor of the Hebrews, Abraham, is probably best known for two episodes in his life. The first is not found in the Written Torah. A midrash relates that when Abraham was a child, he became the first monotheist and iconoclast, smashing the idols manufactured by his father. The second is a high point in the Torah, read not only during the weekly cycle and on the second day of Rosh Hashanah but every morning in the early morning prayers. Abraham is commanded to sacrifice his son Isaac, and he demonstrates his readiness to perform that horrific act. From these two stories one might get the impression that Abraham was a born “knight of faith,” as the nineteenth-century philosopher Søren Kierkegaard famously dubbed him. However, an attentive reading of the Torah and of Parashat Lekh Lekha in particular leads to a very different understanding. Abraham was a learner—he needed to grow in his trust of the Deity, and in himself. In this sense, Abraham’s career models the path of a lifelong learner.

We first encounter Abram (for simplicity’s sake I will refer to him going forward by his rename, Abraham) within his parental household in Syro-Mesopotamia. From there, Abraham is commanded lekh lekha, (“Get a move on!”) to overcome his stasis and take on a challenge—to leave home and take up residence in an as yet unnamed land. He is promised territory and descendants if he makes this move, but it is unclear if that promise is the carrot or the stick. Almost as soon as Abraham and his wife Sarah settle in Canaan (later Israel), the land is stricken with famine. A truly pious person would appeal to the Deity for relief, but Abraham and Sarah leave the Promised Land and seek sustenance in the breadbasket of Egypt. There Abraham displays a lack of confidence and nearly loses Sarah. He is extricated from the mess that ensues not by his own lights but by a sympathetic Deity who takes on the role of teacher, saving the apprentice from the consequences of his blunder.

Back in Canaan, Abraham’s shepherds and those of his nephew Lot, whom he had brought with him from Syria, could not get along. Abraham realized that he needed to compromise regarding the promise of land, and he proposed that, rather than war with his nephew, he would divide the land between them. But when, in the next episode, Lot was taken captive by an onslaught of foreign kings, Abraham raised a private army, routed the invaders, and rescued Lot. Abraham was learning that he would need to be more and more self-reliant—that trust in the Deity implies a partnership, for which he, too, bears responsibility.

Abraham and Sarah had been promised progeny, but they were elderly and childless. Abraham did not trust the Deity and decided to adopt his major domo as his legal heir, a practice not unusual in his era. But the Deity stopped him, reiterating the promise of a son, against the apparent odds. At this point the narrator tells us that “(Abraham) trusted in the LORD, and He accounted it to him as merit” (Gen. 15:6).[1]

With his back to the wall, so to speak, Abraham, who had managed to cope with all the challenges thrust in his path, was learning to trust. Abraham, who in next week’s parashah would demonstrate his readiness to sacrifice his son, needed to evolve in his trust by way of experience.

The earliest reference to Abraham’s steadfast trust in the Deity is expressed already within the Hebrew Bible, in the prayer of Ezra recorded in Nehemiah 9:7–8:

It is you, O LORD God, who chose Abram, and took him out of Ur of the Chaldeans, and fixed his name as Abraham, and found his heart to be trusting of you, and made a covenant with him to give him the land of the Canaanites [and various other peoples], as a grant to his descendants, and you fulfilled your promises because you are righteous.

The passage is incorporated into our daily morning prayers. Jumping ahead to the era of the Maccabees, their leader Mattathias, seeking in his last words to inspire ardor among his sons, invokes the example of Abraham in language reminiscent of Ezra’s:

Remember the deeds of the ancestors, which they did in their generations; and you will receive divine honor and an everlasting name. Was not Abraham found faithful when tested, and it was reckoned to him as righteousness? (1 Maccabees 2:50–51; New Revised Standard Version translation).

The idea that Abraham had to overcome a series of increasingly harder trials received classic expression in the post-biblical topos of his Ten Trials. The Book of Jubilees, an important ancient Jewish work preserved in books outside the Bible, enumerates seven, and then ten, ordeals that Abraham succeeded in overcoming, climaxing in the Binding of Isaac, the Akedah. The ten trials of Abraham became ensconced in traditional Jewish literature, for example, in Mishnah Avot(5:3), the so-called Ethics of the Fathers (of the Sanhedrin), from the early third century of our era:

Although one may infer from this that our sages wanted to create the impression that Abraham was a paragon of trust from the outset, we have seen that the Torah develops Abraham’s character and covenantal reliability in stages. It is a dynamic process of religious education—a model we all emulate in our teaching and in our lives.

[1] That verse actually contains several ambiguities, but this is the way our best traditions (for example, the leading medieval commentator, Rashi) and our modern linguistic analysis interpret it. Compare, for example, the syntax and wording of Psalm 106:30–31: “Phineas stepped forth and intervened, / and the plague ceased. / It was reckoned to his merit / for all generations, to eternity” (New Jewish Publication Society translation).