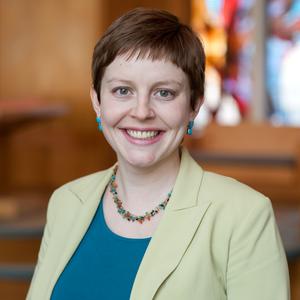 While wandering in the wilderness, when God’s cloud of glory rests on the Tabernacle, Israel dwells in their camp. When the cloud lifts, they journey onward. In the first half of this week’s parashah, Beha’alotekha, life is orderly and peaceful, with each tribe and each leader in their place in the procession.

Suddenly, in chapter 11 of Numbers, we return to real life, where nothing is quite so clear. The people complain bitterly, beginning a cascade of negativity. The people beg for meat and long to return to Egypt. God lashes out, threatening to fill them with meat until it comes out of their nostrils. As the people gorge on the meat, God, in a fit of fury, strikes them with a plague. Moses declares that he’d rather be dead than carry around this infantile nation like their nanny. Miriam and Aaron impugn both Moses’s wife and the singularity of Moses’s relationship with God. There is no peace and no one is in their place.

The narrative pauses and we read a rare verse of character description: “Now the man Moses was very humble, more than all the men that were upon the face of the earth” (Num. 12:3).

Why does Moses merit this description of such outstanding humility, and why is it revealed here? Moses is responsible for communicating and enacting the countless strictures and guidelines set forth by God for the Children of Israel. But Moses’s character—and indeed the character of each of us—are formed by our decisions and interactions when the rules don’t apply. There is no legal section of Torah for when the people complain or when your siblings question your authority or when God is uncontrollably angry. There are no clear rules for the messiest parts of our lives: our relationships with others.

Humility is crucial. But it is not simply the “humility” of smallness and deference that we find in the dictionary, but a more complex virtue conceived in rabbinic tradition. With my Kollot groups in the Chicago area and the Twin Cities, we have explored the middah or trait of humility (anavut) through the lens of Mussar, the Jewish discipline of self-growth, using Alan Morinis’s Everday Holiness as a guide.

One instructive text that uses an antonym to humility—gasut ruach or haughtiness of spirit—is found in the Talmud (Sotah 5a). “Anyone possessing haughtiness of spirit ought to be excommunicated. Anyone who does not possess this haughtiness of spirit should be excommunicated.” This teaching is striking in both its severity and contradiction. The problem of arrogance needs little explanation, but what is wrong with a lack of arrogance? What is so destructive to a community that someone lacking this gasut ruah ought to be cut off? Perhaps such a person lacks a healthy sense of their own value. Perhaps the problem is that this person is easily bowled over, taken advantage of. But that is no reason to send them off—that is reason to help them.

We turn to a story from the Talmud to understand the destructive power of such excessive humility (Gittin 55b-56a):

A man named Bar Kamtza is accidentally invited to his foe’s party. When he arrives, the host is furious and demands that his guest leave. Bar Kamtza, mortified, offers to pay for whatever he eats and drinks. This offer is rejected and he offers to pay for half the party, then the whole party. The host angrily rejects both offers and ejects Bar Kamtza from the party. Bar Kamtza muses: the rabbis were sitting there and did not stop the host; this shows that they agreed with his actions.

The rabbis, lacking any haughtiness— or perhaps even self-confidence—failed to intercede at an uncomfortable moment to prevent a person’s humiliation. This was not a legal question brought before them to adjudicate. This was a moment of real human interaction unfolding messily before them. The rabbis merited excommunication, not because they ruled incorrectly or violated a commandment, but because they were silent. Moses is praised for his humility because, never silent, he did not efface himself when his presence was necessary.

The guest, Bar Kamtza, possessing his own too generous share of haughtiness, decides he will inform the Roman government against the Jews. He takes an offering from the Romans to the Jewish Temple. But he blemishes the animal, unbeknownst to the Romans. Rabbi Zekhariah ben Avkulas rejects the two possibilities suggested: offer the sacrifice to avoid offending the Romans, or reject the offering but kill Bar Kamtza so that the Romans will not find out.

Rabbi Zekhariah, the one with the power to reject both possibilities, also had the power to offer an acceptable solution. Instead, he demurred, failed to accept the mantle of power on his shoulders. The animal was not sacrificed, the Romans were offended, and the story concludes: “Through the humility of Rabbi Zekhariah ben Avkulas, our House has been destroyed, our Temple burnt and we ourselves exiled from our land.”

Moses’s humility was remarkable not because he held himself in such low esteem, but because he was so aware of his own power and not afraid to act. His humility is lauded at a most poignant moment of Moses interceding when it would have been easier to remain silent. After Miriam and Aaron question Moses’s unique role as prophet, God rebukes them and strikes Miriam with a plague. While he has good reason to remain silent as his sister is punished for criticizing him, Moses cries out to God, “El na refa na la.” (“Please, God, heal her.”) (Num. 12:13).

This is our challenge: to not remain silent as the rabbis did before Bar Kamtza, but to have Moses’s self-awareness and courage to know when having humility requires that we act.