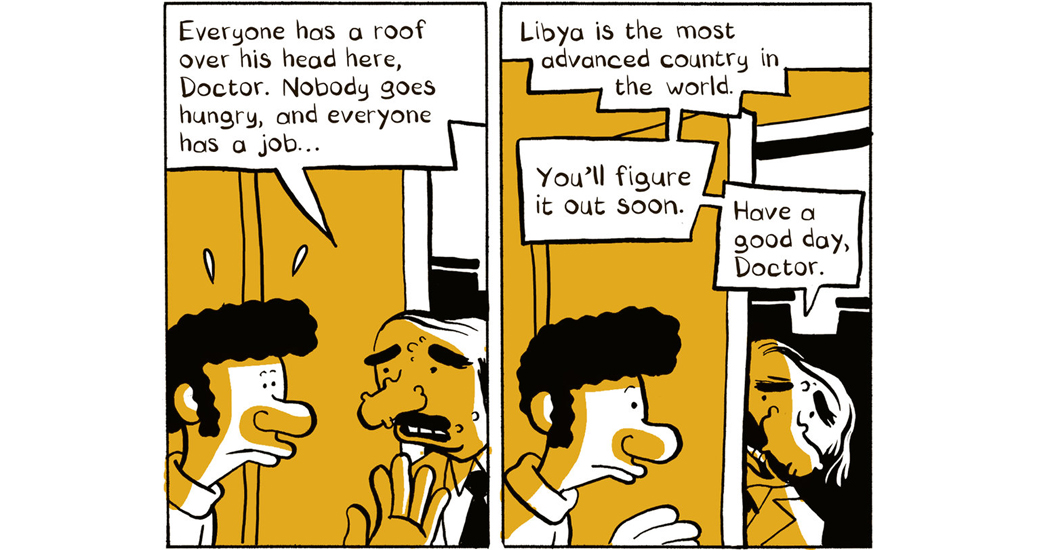 In Parashat Vayishlah, Jacob returns to the Land of Canaan after a long absence and finds trouble rather than the comforts of home. He prepares to meet his estranged and potentially violent brother. He also wrestles with a mysterious Divine being, possibly Esau’s guardian (Genesis Rabbah 77:3). After a tense reunion with Esau, he buys a parcel of land for his new home, but then his daughter, Dinah, is kidnapped and raped by the son of one his most prominent neighbors. In turn, his sons kill the entire male population of the town in revenge for the assault of their sister.

This is not the most propitious of homecomings. The strangeness of a return home is echoed for me in Riad Satouff’s newly translated graphic memoir, The Arab of the Future. Sattouf’s account of his early childhood in Libya and Syria can be read as a catalog of his father’s disappointments following his homecoming to Arab lands.

Sattouf’s Sorbonne-educated father was a dedicated secularist who returned to the Middle East with his French wife and young son with dreams of his own destiny. He seems to have believed that he would become instrumental in reshaping the Arab character along secular, pan-Arabist lines. He found only shame and regret. The absurdity of totalitarian societies has long been noted, but the casual violence and routine humiliation that Satouff recounts are truly shocking. The homecoming that Sattouff’s book presents is enlightening, highlighting the barriers we must face if we wish to have peace. Let us hope we see it soon.