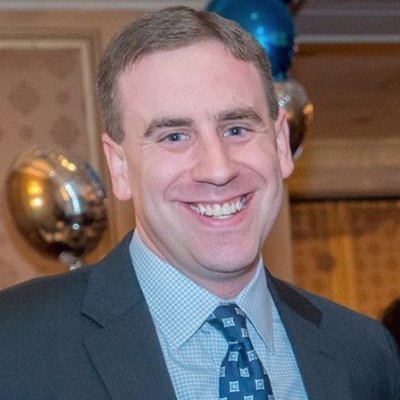 I am a rabbi who works with teenagers, and you cannot talk to adults about teenagers without the conversation quickly focusing on smartphones and social media. And it quickly turns depressing.

In The App Generation, Howard Gardner and Katie Davis argue that the frequency with which one uses Facebook significantly shapes his or her perceptions of other people’s happiness, arguing that teenagers “spend hours looking at the achievements of peers whom they know only through Facebook and that this voyeuristic activity makes them feel both competitive and vulnerable.”

Frankly, the authors could just as easily be talking about anyone who uses social media, the great force multiplier of status anxiety. What I am describing is not a surprise, at this point; any moderately informed person knows that it is chic to criticize social media, as if digital tools are the cause of depression and social disfunction, to say nothing of racism, anti-Semitism, and political vitriol.

However, part of me feels that the conventional wisdom about social media lets people off the hook too easily. In reality, social media is a tool, and we decide how to use it. We may take the easy path and make a laundry list of every way these devices can hurt our world, and yet, in a time where most of us are confined to our homes with no end in sight, it makes those critiques seem quaint, almost naive. Furthermore, a close read of this week’s parashah reveals that the sanctity of something is much more in our hands than we would like to believe.

Chapter 19 of Vayikra opens with God’s command that Moses speak to the Israelites and say, “You shall be holy, for I, the Lord your God, am holy” (Lev. 19:2). When our Medieval commentators examine this verse, Rashi and Ramban debate whether or not this verse should be read narrowly or broadly. Rashi writes:

“You shall be holy”: abstain from forbidden relations and from sin. [The concept of] holiness always accompanies the laws of sexual relations . . . .

Rashi’s commentary asserts that the statement “You shall be holy” must be connected to the forthcoming prohibitions of illicit sexual relationships, associating the broad principle with the specific laws that the Torah lists. If we read the verse from our parashah narrowly, we can see the appeal in Rashi’s interpretation, as it limits the principle of “You shall be holy” to that which immediately follows it.

However, when the Ramban examines the same verse, he argues that Rashi construes the verse too narrowly, and ignores the broad principle that is explicated through this entire passage. The Ramban states:

In my opinion, this “separation,” is not, as Rashi holds, confined to separating from forbidden sexual relations, but rather that which is referenced throughout the Talmud with its adherents called Perushim [i.e., abstemious, saintly]. This is so because the Torah forbids certain relations and foods, and permits intercourse with one’s wife and the consumption of meat and wine . . . .Therefore, after outlining absolute prohibitions, we are given a general command of restraint [even] from things that are permitted.

According to the Ramban, the purpose of this commandment is command people to exercise restraint even when something is permitted. For example, while the Torah prohibits specific sexual relationships, the Torah also states that it is a mitzvah to procreate. Similarly, while Torah describes that the nazir must completely abstain from alcohol, the Torah does not completely prohibit alcohol consumption. In each case, the Ramban argues the verse from this week’s parashah provides a powerful lesson about creating holiness through restraint.

Mircea Eliade of the University of Chicago was one of the most important religious thinkers of the twentieth century, changing how we understand what it means to call something “sacred.” In The Sacred and the Profane, he writes:

“By manifesting the sacred, any object becomes something else, yet it continues to remain itself . . . A sacred stone remains a stone . . . nothing distinguishes it from all other stones. But for those to whom a stone reveals itself as sacred, its immediate reality is transmuted into a supernatural reality.”

According to Eliade, anything can be made holy if we imbue it with sanctity. However, anything holy can also be made profane, if our actions serve to deny the sanctity of that same item. As such, the choice to sanctify or not sanctify something lies with us.

Attempting to provide a paradigm for how to utilize social media, Gardner and Davis argue that we must use social media in an “enabling spirit,” enhancing our collective accomplishments and understanding, and resist the temptation to use social media in a “dependent spirit,” leading ourselves on a path that causes us to assume that perceived presence in cyberspace is the only barometer of professional and personal success.

Watching social media over the past month, when most of us are confined to our homes, shows how that enabling spirit is possible, and not just in moments of crisis. My happiest moments living in this era of unprecedented connectivity occur when I found a Jewish text I needed by simply posting the question to my Facebook friends; watched people who would never set foot in a brick-and-mortar synagogue attend a virtual minyan; or watched hundreds of people help raise money for a dear friend going through cancer treatment: moments when technology allowed us to achieve collectively what we could not achieve alone.

Someday, and hopefully soon, we will return to a pre-COVID-19 world, and will not be confined to our homes and our screens. Will we use these powerful tools as we do under duress, or will return to the world where they represent the worst of the human condition? That choice is ours, and ours alone.