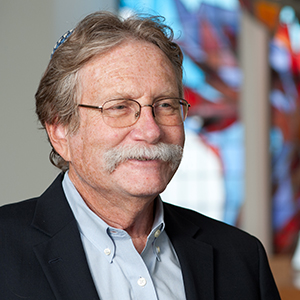 The arrival of Parashat Shekalim (plural of shekel) each year is what might be called the liturgical “rite of spring” in the Jewish tradition, signaling that Pesah is six–seven weeks away, and preparations (spiritual and physical) for the great festival are very soon to begin. This year, it will be observed on Rosh Hodesh Adar, when the weekly reading will be Parashat Mishpatim.

The brief special reading for Shekalim (Exod. 30:11–16) sets forth the obligation that was imposed on the recently freed Israelite slaves to contribute one-half of a shekel to the Mishkan (Sanctuary) that was going to be built. But the reason we re-read this passage annually is not so much because of the biblical passage from Exodus (in which there is no suggestion that this was meant to be a repeated levy), but rather is owing to the opening words of the Mishnaic tractate entitled Shekalim:

“On Rosh Hodesh Adar they make a public announcement about the shekels.” (M. Shekalim 1:1)

That is, in the same way that we often get bills telling us that payment is due in 30 days, so it was in the time of the Second Temple: the fiscal year of the Temple began on Rosh Hodesh Nisan, and so a month earlier, the beginning of Adar, notice would go out that the half–shekel—the per capita tax that supported the public sacrifices—was about to come due.

Although in the Torah the shekel was a unit of weight, by the time of the Mishnah, there had already been hundreds of years during which coins were struck with images, which were often those of the realms’ rulers. And thus begins our story of minted coins.

One of the most famous passages referring to images of rulers on coins occurs in the Gospels Matthew, Mark, and Luke. In those narratives, it is said that some adversaries tried to trap Jesus, by asking him whether it was proper, in Jewish religious law, to pay the tax imposed by the Roman government. If he said “No,” there would be grounds for informing on him to the Romans, while if he said “Yes,” he would lose all authority among his fellow Jews, all of whom hated that tax. But he evaded the trap by pointing out that, since the emperor’s image was on the coin used to pay the tax, the coin might as well go to its ultimate owner (“render therefore to Caesar the things that are Caesar’s”). But crucially, he then added: “and to God the things that are God’s,” thus avoiding the trap.

But what was the meaning of that last phrase? I owe the following insight to the late JTS professor Fritz Rothschild. He pointed to an oft-quoted mishnah in the fourth chapter of Tractate Sanhedrin, in which God’s supernatural power is proven in this way: “When a person stamps coins with a single seal (Hebrew: hotam, and remember this word!), they all appear identical to one another. But the supreme King of kings of kings, the Blessed Holy One, stamped all people with the seal that was given to Adam, and not one of them is similar to another” (M. Sanhedrin 4:5). What this mishnah testifies to is that in late antiquity, there was a Jewish cultural meme that we are, metaphorically, God’s coins, stamped with the image of the divine. And thus, Jesus appears to have assumed that his listeners were aware of that metaphor, and would understand that while the emperor could claim possession of his (literal) coin, only God could claim the ultimate allegiance of God’s human servants.

So when the Torah enigmatically described the payment of the half-shekel weight as “expiation for your persons” (Exod. 30:15–16), it seems that later tradition understood the physical coin given to the Temple to be a metonym (a surrogate) for the human giving it, an act that signified devotion to the One whose Temple it was, and whose image was stamped on each person.

Coins, of course, can get tarnished, and the image on it blurred. And this leads us, finally, to a beautiful teaching of the early Hasidic preacher Ze’ev Wolf of Zhitomir, found in his work Or Hameir.

He draws our attention to a later mishnah in Tractate Shekalim (5:4), which is no longer dealing with the shekel but with other financial transactions in the Temple. Pilgrims bringing sacrifices to the altar would need to purchase flour and wine to accompany the animals being offered. In order to avoid having monetary dealings go through a single person, procuring those sacrificial adjuncts was a two-step process. The money would be given to a man named Yohanan, who would give the purchaser a stamp (the word hotam again), which would then be taken to Ahiyah, who would redeem that stamp with the flour and wine needed. At the end of the day, Yohanan and Ahiyah would go through a reconciliation, making sure that the number of stamps and the amount of money matched. But what, the following mishnah asks, would happen if someone lost his hotam? The text says that “we wait until evening comes,” and if there was indeed excess money, it would be certain that the person who had lost his stamp was truthful and he would be made whole again.

You can now see where Ze’ev Wolf was going. What if we lose our stamp? That is, what if the divine image imprinted on us “coins” gets so tarnished that it is, effectively, lost? Is there any hope, any way to be restored to wholeness? For this teacher, the seemingly defunct details of Temple transactions involving figures long since deceased were vibrantly alive as a message of penitence and hopeful restoration. If a person loses their stamp, we wait for them, suspending judgment until the end of the day. If we have lost our way, there is always hope of its being found again. What is the “end of the day”? Ze’ev Wolf tells us that if it is not the end of a single day, it might be the end of the week, or the month, or the year. However long it takes, the outstanding hotam can be restored. And it must be, for we alone are God’s currency in the world.

It is not just individuals whose stamp can be misplaced. So many in our nation have felt that America was progressively losing its hotam in the years just past. (Especially since it is said that God’s hotam is truth.) And that is no doubt why there is now such a broad feeling that perhaps the promised “end of the day” has arrived, and that there is hope for retrieving the lost stamp. But the one who lost the stamp must go looking for it, and show up at the reconciliation. May we all be part of a widespread will among all citizens to return to wholeness, and to become a truthful and compassionate society once again, God’s currency in the world.