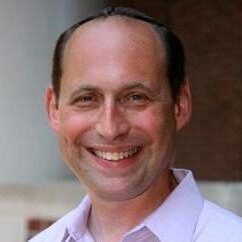 The Book of Va-yikra concerns itself with a truly interesting collection of topics, among them animal sacrifice, priestly behavior, food, skin diseases, and blood. With this week’s parashah, we can add to that list a jarring obsession with sexual activity. In the world in which we live, we’re well accustomed to cultural expressions of “sexuality on the brain.” A quick glance at any of New York’s tabloids, on virtually any day of the past month, serves as pretty good evidence. Parashat M’tzora suggests that—the apparent remoteness and foreignness of Leviticus aside—the everyday worries of ancient Israelites resemble ours in large measure.

The latter half of M’tzora (Lev., chapter 15) explores human sexuality from two distinct perspectives. The chapter begins and ends with an exploration of what happens when natural course is disrupted. We can well understand how abnormal (or apparently abnormal) sexual function might have rattled our ancestors. After all, it rattles us.

What’s startling and troubling about Leviticus 15, however, is its conclusion that normal sexual activity breeds impurity. Verse 16 spells it out clearly: “when a man has an emission of semen, he shall bathe his whole body in water and remain unclean until evening.” As Jacob Milgrom emphasizes in his monumental Anchor Bible Commentary, Leviticus 1-16, “even if the act is involuntary . . . any discharge of semen, regardless of the circumstances, generates impurity.”

Milgrom goes on to cite a series of authorities who note that the practice of ritual immersion after sexual activity for both husband and wife occurred well into the Middle Ages, all a logical outcome of verse 18, which legislates that “if a man has carnal relations with a woman, they shall bathe in water and remain impure until evening.” It’s not a big stretch to move from that idea to the thought that sexual activity itself is always impure, at best a necessary evil.

When the Torah turns, as it does immediately, to the topic of normal menstruation, the conclusion is even more startling. Hear verse 19: “when a woman has a discharge, her discharge being blood from her body, she shall remain in her impurity seven days; whoever touches her shall be impure until evening.” In an extended comment on this section, Milgrom brings us a long list of regulations and practices, both ancient and contemporary, to support his claim that “the abhorrence of the menstruant is a cardinal rule among all primitive societies.” If Jews are like everyone else, only more so, so too ancient Israelites, whose sensibilities regarding sex and sexuality reflected the ideas and concepts of neighboring cultures.

To the priestly authors of Leviticus, sex is scary, and sexuality, especially female sexuality, is scarier still. The problem emerges from what we also know about sex and sexuality from human experience. Simply put, sex is a most powerful—perhaps even the most potent way (yes, I intend the pun)—for human beings to share intimacy with one another. The possibilities for spiritual connection inherent in a loving, committed sexual relationship have virtually no parallel in our experience as human beings. Sex may be scary, but it’s also beautiful. Consequently Parashat M’tzora presents us with the profound challenge of recognizing the gap between priestly concerns for purity (and their echoes in later rabbinic law) and our intuition about sex and sexuality. And, once recognized, can that gap be bridged?

A small and anonymous medieval treatise called Iggeret Ha-kodesh (The Holy Letter) seeks to do just that. Rooted in the mystical traditions of Kabbalah, Iggeret Ha-kodesh views sex, properly practiced, as an avenue toward a possible intimate encounter (I intend that pun too) with divinity. Hear this thought as one example among many: “When a man cleaves to his wife in holiness, the divine presence is manifested. In the mystery of man and woman, there is God.”

Sex as a path to holiness and sex as a cause of impurity: our tradition, very much in character, presents these not as either/or categories but as concepts to be maintained in tension with one another. Milgrom argues that in Leviticus’s scheme, the opposite of impurity (tum’ah) is holiness (kedushah). The challenge, then, of human sexuality involves the channeling of that which is potentially impure and directing it toward holiness. Iggeret Ha-kodesh, many of whose thoughts were later codified in the Shulhan Arukh, is meant as a guidebook for those pursuing the task of transforming potential impurity into sanctity.

Two essential impulses guide that task in Jewish thought, and Iggeret Ha-kodeshidentifies both. Taking its cue from Parashat M’tzora, our tradition places clear limits on sexual behavior. Without boundaries, there can be no holiness. And, as part of its careful and sensitive understanding of the human condition, our tradition insists that intentionality (kavanah) matters. Limits and kavanah make for the possibility of God’s presence in the world. In our sexual lives, as in so many other realms, distinguishing between impure and pure (tamei and tahor) really is the path to holiness.