Dreamland of Humanists: Warburg, Cassirer, Panofsky, and the Hamburg School

By :  The Library of the Jewish Theological Seminary Posted On Feb 10, 2014 / 5774 | Author Conversations: Between the Lines 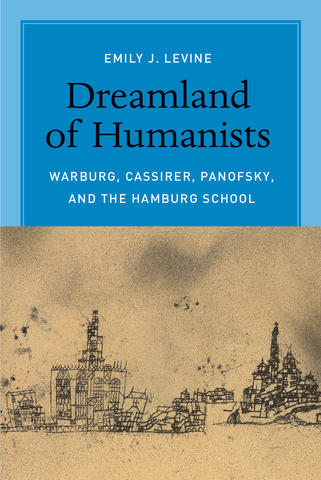 The recent discovery of a new trove of Nazi-looted art in Germany has awakened us to the world of culture and ideas that was lost when Hitler came to power. Dreamland of Humanists: Warburg, Cassirer, Panofsky, and the Hamburg School tells the forgotten story of Hamburg’s emergence as a center of that early 20th-century intellectual world. In the commercial city of Hamburg, a trio of German-Jewish scholars –– Aby Warburg, Ernst Cassirer, and Erwin panofsky –– unexpectedly created an innovative school of art history, philosophy, and cultural history. Dr. Emily J. Levine’s book opens a window to an influential prewar German-Jewish scholarly circle that transformed how we think about art and culture today.

In Dreamland of Humanists, Dr. Levine considers not just these men, but the historical significance of the time and place where their ideas took form. Shedding light on the origins of their work on the Renaissance and the Enlightenment, Dr. Levine clarifies the social, political, and economic pressures faced by German-Jewish scholars on the periphery of Germany’s intellectual world. By examining the role that context plays in our analysis of ideas, Dr. Levine confirms that great ideas –– like great intellectuals –– must come from somewhere.

“Insightful, interesting, and sophisticated, Dreamland of Humanists not only contributes to our individual and collective knowledge of the Warburg school but it sheds new light on the intellectual and political struggles and ultimately tragic fate of Weimar culture as a whole. I would go so far as to state that this is a work that I have been waiting for.” –– Steven E. Aschheim, author of Beyond the Border: The German-Jewish Legacy Abroad