Don’t Wait Until Next Week 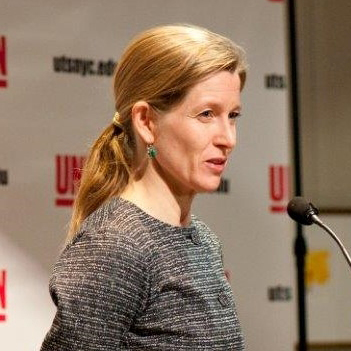 The Earth is the Lord’s and all that is in it, the world and all its inhabitants. God founded it upon the oceans and set it on the rivers. (Psalm 24:1-2)

As the Jewish community once more begins its annual reading of the Torah, and as we recount the grandeur of God’s creation, we focus on God’s charge to newly created humanity: “The Lord God took Adam and placed him in the Garden of Eden, to serve and protect it.” (Gen. 2:15, authors’ translations).

If we want God’s world to be a garden, a place of beauty and abundance, we must recall God’s warning that we must serve and protect the Earth we have been given. As the book of Ecclesiastes (which Jews just read over Sukkot) tells us, “One generation goes and another generation comes, but the Earth remains forever.” (Eccl. 1:4)

Last month, a new young generation rose up in the streets and demanded action on the global ecological emergency. They made their point that this moment is about saving the climate, in which life on Earth can survive.

The book of Ecclesiastes (9:12) also emphasizes that human lives, like those of every other creature, are not guaranteed: “A person cannot know when their time will come any more than a fish taken in an evil net or birds caught in a trap; so people are snared at an evil time, when it suddenly falls upon them.”

Creation is not merely the material substance of the Earth, Creation is also the laws of nature—gravity, the carbon cycle, the physics and metaphysics of cause and effect. Our rational minds and bodily senses can align with them and we can change our actions so as to help us escape the “evil net” in which we have ensnared ourselves.

The U.N. Special Rapporteur on Extreme Poverty and Human Rights, Philip Alston, issued a detailed report this summer stating that “Climate change threatens to undo the last 50 years of progress in development, global health, and poverty reduction . . . It could push more than 120 million more people into poverty by 2030 and will have the most severe impact in poor countries, regions, and the places poor people live and work.”

Think about what is changing in God’s creation before our very eyes. Did you eat apples and honey over the New Year? Our pesticides are wiping out the bees. We are already facing a crisis of less pollen, fewer apples, more expensive honey. And it’s not just the bees. The birds are affected, too. The New York Times reported that there are 2.9 billion fewer birds in North America than there were a half-century ago. Almost 3 billion birds—that’s a whole lot of canaries in the coal mine that is our fossil fuel-burning world.

But it goes even further than burning atmosphere-destroying coal, oil, and methane gas. In the Amazon forest they are burning trees, the very “lungs” of our world, in order to clear land for development. The same trees that exchange carbon and make the planet more breathable are literally going up in smoke.

We are all painfully aware of climate disorders: more frequent and stronger storms and hurricanes, palpably hotter summers, wildfires, droughts, melting ice-caps and glaciers, waters rising to slowly but surely inundate our coastal cities. And we all have been horrified at seeing the immense islands of plastics polluting our oceans: strangling birds and fish, and poisoning the water.

We live among a Great Extinction wave, with 1 million species threatened to disappear from the Earth due to the destruction of their habitat and the warming of the planet. We can and should make changes in our communities—to serve the Earth and protect it, by saying no to single-use plastics, switching to solar and wind sources, working for energy efficiency, conserving forests, and planting trees.

We have what we need to make this right; we need only make the choice to heed the Torah’s warnings. At this time of harvest, of cycles, of new beginnings, let us stand with our children and grandchildren, and make the choice for the sacred regeneration of life.

When God created the world, a cosmic clock began to tick. It ticks now toward disaster, much as it did during the first 10 generations that humanity lived upon the earth. Even as we read the Torah’s glorious account of the six days of creation, before this Shabbat’s Torah reading has come to an end we learn that “When God saw that humanity’s evil was great upon the earth . . . God regretted creating humanity on the earth, it pained God’s heart. So God said, “I will blot out the humans I created from the face of the earth” (Gen. 6:5-7).

We know how that story ended. Next week’s Torah reading tells the story of the great flood that destroyed almost all of humanity. Humanity is once more at the same inflection point. Start saving the Earth today, now, before it is truly too late. Don’t wait until next week!