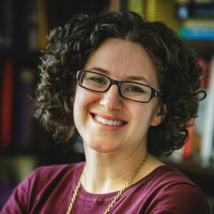 Since the start of the stay-at-home orders in March, my eight-year-old son, Naftali, has studied Mishnah on Zoom in a “Mishnah Club” for kids, taught by Rabbi Ethan Tucker (KS ‘06) of Hadar Institute. While my spouse teaches Mishnah to middle school students and my own scholarship involves a healthy feminist critique of the talmudic Rabbis, Naftali had never encountered rabbinic literature. I feared that Naftali might get lost in the complexity, become overwhelmed with the details, or confused by the logic of rabbis from 2000 years ago. I was also curious as to whether he would actually see himself in this discourse.

To my surprise, Naftali has become invested in learning the intricacies of which fruits (bikkurim) to bring to the Temple in Jerusalem and how to behave on Hol Hamoed. I was struck that one of his first questions in the class was “What if I got to Jerusalem and realized I had forgotten my bikkurim at home?” We had never spoken about bikkurim in our house, but just by learning about these laws, he felt that they pertained to him. When he learned about the laws of fasting, Naftali was puzzled that so many laws existed that were only for adults. He assumed that if he was learning about these laws, then he too must be obligated to follow them.

Nafi’s experience learning Mishnah is a testament to what happens when we expand access to education. There are few opportunities for students as young as Nafi to learn Mishnah, and as I listened in to some of the classes, I learned that this was the first time many of the students had engaged in daily study of rabbinic literature. Rabbi Tucker made the lessons accessible without oversimplifying them. He made them fun with music and polls, and he gave students ample opportunity to ask questions. The pandemic has brought on unimaginable death and revealed the depths of our inequality, and I hope that it teaches us some lessons about how to make our educational systems more equitable.

This week’s parashah offers us some guidance. Nitzavim-Vayelekh is one of Moses’s last warnings to the Israelites. At the very beginning of the parashah, Moses speaks to everyone. “You stand this day, all of you, before the Lord your God—your tribal heads, your elders, your officials, all the men of Israel, your children, your wives, even the stranger within your camp, from woodchopper to waterdrawer . . .” (Deut. 29:9–10). All of these people have a choice. They can either choose to love God by obeying God’s commandments, or they can follow other gods, praise idols, and disobey the commandments. The former will result in fertility, food, and prosperity. The latter will result in destruction and exile. The Israelites have heard this refrain throughout the book of Deuteronomy, and even though Moses seems convinced that they will sin, he provides these warnings once again.

Despite Moses’s insistence that the teachings are not that complicated, we have established a norm where we see these laws as, in fact, very complicated. The Rabbis of the Mishnah, Talmud, and subsequent rabbinic literature established a system where they alone were capable of interpreting God’s laws. In “The Oven of Akhnai,” a Talmudic dispute over a point of Jewish law, Rabbi Eliezer calls out to God to affirm his position, while another Sage responds by quoting our parashah, “the Torah is not in the heavens,” meaning God has no role in their disagreement (BT Bava Metzia 59a–59b). This dispute, like all others, would be solved by humans as interpreters of God’s laws.

But the Rabbis didn’t intend for every person to be able to interpret God’s laws. Rabbinic literature has long been seen as the “rocket science” of the Jewish academic world. For most of Jewish history, only men could be rabbinic scholars, but even now, the ability to interpret the laws is reserved for those who have received extensive training. Being knowledgeable in rabbinic literature indicates one’s high academic skill and Jewish literacy. It often also connotes a lineage of ancestors who were also scholars of rabbinic literature.

While this Talmudic story is often brought to authorize the Rabbis as interpreters of God’s laws, Moses understands God’s laws to be already within the hearts and mouths of all of Israel. The laws are not far away across the sea or in the heavens, to be reached and transmitted through interpreters. Instead, Moses says that everyone can access the laws.

To be sure, the audience for Moses’s speech in Nitzavim-Vayelekh is adult men of Israel, as all the other participants are described in relation to adult men. Nonetheless, Nitzavim-Vayelekh can be read as presenting a democratic covenant. The open invitation at the start of the parashah, combined with Moses’s insistence that the laws are not complicated, imply that the Covenant is open for understanding and implementation by everyone. Moses does not distinguish between those who are religious leaders and those who are not. All people are instructed to hear the laws and enter into the Covenant: women, children, and people from different socioeconomic groups. Moses names those in leadership positions and those who are strangers and laborers. Here, all of these people enter into the Covenant; religious leaders and the educated possess no special status or unique access to the laws.

Nitzavim-Vayelekh posits an ideal where all are educated and given the opportunity to participate fully in the community. During the course of Jewish history we lost this egalitarian educational system. Think of all the private Jewish schools that are able to open right now because they have the resources to protect students and teachers from the coronavirus, while the public schools that surround them remain shuttered. The coronavirus pandemic has exacerbated many problems with the American educational system, and I am aware of the immense privilege I have that my children’s education will not suffer at this time. I hope that we can all rethink our educational systems to increase equality and equity inside and outside of the classroom in light of the lessons from this week’s parashah.