Cover Crop for a Hardened Heart 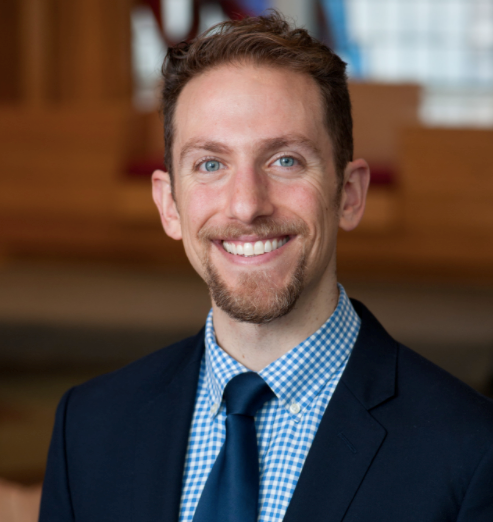 While I was a student at Middlebury College, I got involved with our student-run organic garden: three acres of vegetable beds located on a knoll in a windy valley beyond campus. Every afternoon after class, I would walk the dirt path twenty minutes to the knoll. I got lost in the chirp of crickets, the wind in the long grasses, and the quiet, repetitive chores that gardening requires: moving compost, harvesting beans, cleaning crops, weeding, watering, shaping beds. These garden visits became a kind of medicine for me, providing rare moments when I could get out of my head and into my body. Those hours on the knoll rooted me in that landscape for which I still feel an indescribable pang of longing, similar only to how I feel about the land of Israel.

Because this was Vermont, my idyllic afternoon gardening only lasted six weeks after arriving on campus. By late October, we had to put the garden to sleep for the winter. Part of this process was seeding cover crops like oats, rye, vetch, and red clover. These grasses would restore nutrients, prevent soil erosion and compaction, and provide beneficial insects a winter habitat. One afternoon in late October, I scattered the oat seed over three bare plant beds that earlier in the season grew fennel, chard, and zucchini. As fall turned to winter, I watched the seeds grow into hearty grasses.

Parashat Va’era is the story of Pharaoh hardening his heart, and the brutal drama of the plagues over Egypt. We see apocalyptic images of water turned to blood, swarms of insects, and piles of dead livestock causing the entire land of Egypt to stink. Yet, at the end of all this drama are two verses about something seemingly minor:

Now the flax and barley were ruined, for the barley was in the ear and the flax was in bud; but the wheat and the spelt were not hurt, for they ripen late.

These two verses describe the impact of the final plague in the parashah, hail. They come in the short thaw between Pharoah softening his heart—for the first time this parashah—and hardening it again, where our parashah ends. Why does our Torah mention these four crops? What do they have to do with the plagues, or in the calculation of Pharaoh’s change of heart?

Our commentator, Ibn Ezra, claims that the word אֲפִילֹ֖ת (afilot), the adjective connoting late ripening, is connected to the word afel, meaning darkness. In his understanding, the wheat and the spelt were still underneath the soil—in the dark—and therefore spared from the damage of the hail. We need this clarification here, because earlier the hail was said to strike down כָּל־עֵ֤שֶׂב הַשָּׂדֶה—“all the grasses of the field” (Exod. 9:25). The survival of these crops is a miracle to Pharaoh. They are a miniscule part of his empire that was not exposed and destroyed, that was protected from the plagues. But it is a miracle that makes him turn away from the God of Israel.

Midrash Tanhuma teaches that because the wheat and the spelt did not succumb to the hail, Pharaoh concluded that the authority of the God of Moses and Aaron did not extend to those two crops, thereby giving him reason to harden his heart again. This is why Moses was able to say that Pharaoh had not yet come to fear God because of what didn’t happen to the wheat and spelt. Perhaps God spared these crops in order to encourage Pharaoh to remain obstinate, sparing one last sign of hope, a symbolic olive branch after a deluge of plagues. Ramban argues similarly, claiming that Moses uses this to negotiate with Pharaoh. The wheat and the spelt, which are Pharaoh’s livelihood, have been spared, “but it is within God’s power to destroy them if you return and sin again before God.” It is as if the God of Israel wanted to show Pharaoh he had no ground left to stand on. He could not deny God by clinging to these seeds in the ground; he could no longer turn away.

I am so amazed at the extent to which our Torah takes into account the flora of the land. The Torah asks us as readers to look closer, to notice the hidden miracles, inquire the meaning of every jot and tittle. It names the crops that have been ruined as it does the seeds not yet germinated, the hope in the dark. These buds of wheat and spelt, not yet fully bloomed and protected from hail, are core to the arc of a narrative we retell at the Pesach seder every spring.

Similarly, each spring—around the time that Vermonters lovingly call “mud season”—I would walk back to the knoll and look at the oats I had planted the prior October. Somehow, after all of the salt and snow and freezing temperatures unimaginable to an ancient Egyptian, the oat grasses stood tall again, a darker green than before. The crickets were faint but present. The soil was blanketed, protected. These cover crops, their survival and rebirth, much like the spelt and the wheat, were a miracle. What if Pharaoh came to the knoll with me? Would he then let Moses’s people go?

I learned to use a scythe to cut down the oat grasses tickling my ankles. Together, we took pitchforks and shovels and turned the grasses back into the soil of the plant bed, making way for the summer’s crop of fennel, chard, and zucchini.

Seeing the cover crops rise again in the spring, I felt God’s presence even and especially in those small places. Unlike Pharaoh, I experienced God in the shoots that went up despite the cold, the reemergence of grasses after a brutal winter. As we head into the shortest, coldest, darkest weeks of the year–compounded by the unknowns of the Omicron variant–let us be inspired by these two inconspicuous verses about flax and barley, spelt and wheat. What of our “new normal” are we clinging to? And what lessons may be hiding under the surface, waiting to emerge? Planting these cover crops and becoming a learner and lover of Torah have taught me the beauty in looking closer.