Come and Knock on a Rock 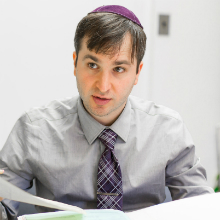 John Ritter was ready for a change. “At the beginning of the seventh season [of Three’s Company], the stuff about the three of us scrambling around for rent money was starting to get repetitive. . . . They had an episode about hiding a dog from Mr. Roper in the beginning [during season one] and then they had one about hiding a cat from Mr. Furley near the end [during season eight]. . . . That’s when I knew it was time to move on.”

—Come and Knock on Our Door: A Hers and Hers and His Guide to Three’s Company, by Chris Mann

Moses led the Israelites out of Egypt, across the Sea of Reeds, and in a number of battles. He was also a lawgiver, a teacher, an adjudicator, and an advocate on behalf of the Israelites. Then, after his 40 years of tireless effort, the divine right to lead the Israelites was taken from Moses. Why? Because he struck a rock (Num. 20:6–13). True, God had actually commanded Moses to speak to the rock; but still, the punishment doesn’t seem to fit the crime. Interestingly enough, this was not the only time Moses was commanded by God to bring forth water from a rock. In the other instance, and under strangely similar circumstances, Moses hit a rock and everything worked out fine (Exod. 17:1–7).

Often, when we take on a new role, we feel excitement as we strive to succeed. As time passes, however, we may become complacent and lose our edge. This may be the time to step down, knowing that our best work is behind us.

Earlier in his career, Moses struggled to overcome personal challenges. He had a speech impediment and was incredibly humble, yet he pushed himself and became a tremendous orator and leader. Forty years later, Moses faced a new challenge, but he did not give it the attention it deserved—he merely did what he had done before. He was somewhat nonchalant and, perhaps, too comfortable in his role. Moses’s finesse had faltered. The incident with the rock was evidence that it was time for a new leader to take the helm and lead the Israelites into the Promised Land.