Being Holy in the 21st Century 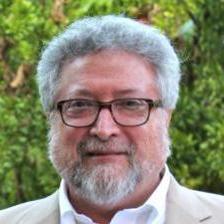 If I were challenged to present a one-sentence, pithy articulation of the overarching responsibility of a Jew in this world, I would be hard pressed to find abetter phrasing than the second verse of this week’s Torah reading, Parashat Kedoshim: “Kedoshim tih’yu, ki kadosh Ani Adonai Eloheikhem”(Be holy, for I the Lord your God am holy).

The fundamental charge to every Jew, regardless of social standing or economic circumstance, is to sanctify both time and space. Every berakhah (blessing) that we recite serves the purpose of making an ordinary act a sacred one, from eating bread to acknowledging grief and joy. On Shabbat, as Abraham Joshua Heschel taught so eloquently, we are sanctifying time. Via these acts, we are, as the text implies, being God-like. Judaism is suffused with this idea, and early Christianity integrated the fundamental teaching as well, referring to itas imitatio Dei. To be sure, this is the quintessential message that underlies most of Jewish law and practice: Be holy.

The “why” of this command is clear, as explained above. We are to be holy because God is holy. The “how” is harder to articulate. Other than the recitation of blessings at every opportunity, how does one live a holy life? The simplest answer would be to observe mitzvot, the network of commandments that constitute the guideposts of the observant life. But the question, I think, goes deeper than that.

Some would suggest, and indeed do, that withdrawing from modernity and its possibilities is a necessary prerequisite in the quest for holiness, but that has surely never been the way of Conservative Judaism, either ideologically or practically. We have, since our earliest days, been committed to engaging secular culture. Even more to the point, our understanding of Jewish tradition is that it grew into what it is today precisely because of our sustained engagements with the cultures among which we have lived. That engagement was a positive force in our continued evolution as a religion. Judaism is certainly not a monastic tradition, and asceticism has never been a part of mainstream Jewish practice. We believe in engaging life and celebrating it, to the extent that “U’vaharta bahayyim” (Choose life) is one of Moses’s final exhortations to the Israelites before his death. If we are to live in this world and enjoy its blessings and opportunities, how shall we be holy?

Although the particular circumstances of today’s North American Diaspora are unique in Jewish history, ours is not the first Jewish community to ask this question.

The great medieval commentator Rashi, who lived in France in the 11th century, offered a comment that answered the question clearly and unequivocally. On the words kedoshim tih’yu, he wrote, quoting the Midrash Va-yikra Rabbah, “Hevu prushim min ha’arayot umin ha’ervah, shekol makom she’attah motzei geder ervah, attah motzei k’dushah” (Separate yourselves from sexual licentiousness and illicit sexual relations, for wherever there is a conscious separation from illicit sexuality, there you will find holiness).

Another great medieval commentator, the Ramban (Nahmanides), who lived in 13th-century Spain, refined Rashi’s comment, which he saw as being too exclusively focused on issues of sexuality. Basing himself on a text in Torat Kohanim, the halakhic midrash on Leviticus, he said that kedoshim tih’yu was best translated simply as prushim tih’yu (be separate). Holiness, he said, is not merely to be found in separating oneself from sexual immorality, but rather in the very act of separation itself: As God separates God’s self from the world, so should we separate ourselves from those practices that are alien to authentic Jewish values. The idea of separation is systemically embedded in Judaism. We separate Friday from Shabbat by lighting candles, and Shabbat from Saturday night by reciting havdalah, a prayer whose name literally means “separation.” Similarly, the word l’havdil is used to characterize the differentiation between kosher and non-kosher animals. By separating the two categories, we fashion, as it were, a kind of culinary holiness.

In a global sense, the message of both Rashi and the Ramban seems clear. The path to a holy life is to separate ourselves from those aspects of the surrounding culture that are antithetical to our tradition, both in a legal sense (i.e., they overtly violate halakhah), and in a broader sense (i.e., they look and feel wrong from a Jewish perspective). But still, how does one extrapolate from this to more concrete standards of behavior?

The answer, I’m afraid, remains elusive, even as the question is made clearer.

Some things are obvious. In the United States, where overt and often offensive sexuality saturates everything from advertising to music to movies and television, there is little doubt that Rashi’s comment must speak to us today as it did in his own time. There has been an almost total erosion of the idea of tzni’ut (modesty) in our time, and the mass-media appropriation of sex that permeates our culture is clearly antithetical to the traditional Jewish idea that sex is sacred, and most appropriately expressed privately between loving partners. There is little sense of sex as something sacred in US popular culture. In that context, one could fairly say that to separate oneself—and/or one’s children—from the prevailing cultural norm would certainly fall within the idea that the classical commentators advanced. Holiness must involve separating from the worst that society has to offer when it comes to rampant sexual objectification.

Additionally, one might fairly say that the glorification of material wealth and materialism in general that so permeates mainstream US culture flies in the face of Judaism’s teaching, so beautifully expressed in Pirkei Avot (Ethics of the Fathers), that the truly wealthy person is one who is satisfied with what he has. Judaism has no prohibition against being wealthy, but the constant longing for ever greater riches is not a Jewish value. Separating ourselves from that idea, which is so much a part of contemporary US culture, would also seem an essential component of the quest for a holy life.

But beyond those areas of mainstream US culture where the prevailing ethos is so clearly not a Jewish one, the questions become more difficult to navigate. To take one particularly challenging example, we might consider the fact that so many American Jews have integrated the widespread US embrace of late marriage and small families and made it their own. There is nothing remotely either immoral or unethical about either of these choices; and yet they undoubtedly contribute to the demographic challenge faced by the Conservative Movement. With so many of our younger members marrying late and having smaller families, we are not biologically reproducing ourselves. Does the ancient command of kedoshim / p’rushim tih’yu oblige us to separate ourselves from this very common US practice that is clearly not a bad thing in the sense that out-of-control sexuality and materialism are, but nonetheless challenges our community’s long-term robust survival? Or is the radical autonomy that so characterizes today’s society simply something that Judaism will have to make its peace with—or even find value in—as it has with so many external challenges through the millennia?

When I was a teenager, a rabbinic teacher of mine used to say that the challenge of the Jews was to be soheh k’negged hazerem; to swim against the societal tide. He was saying it to try and dissuade us from participating in protests against the Vietnam War, and we all thought him hopelessly irrelevant to us and our reality. All these years later, his framework for the challenge of Jewish life in the Diaspora—not about the Vietnam War, per se, but in general—seems more relevant than ever. As the commentators of the Talmud might have said, tzarikh iyyun; it both requires and deserves further thought.