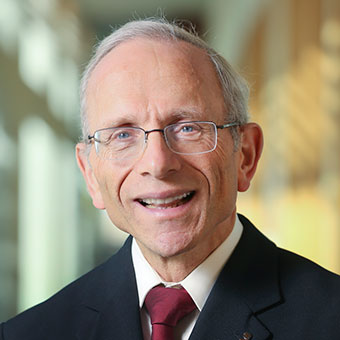 “I believe we have not yet appointed a Hebrew,” President Abraham Lincoln wrote on November 4, 1862, to his secretary of war, Edwin M. Stanton, amidst the Civil War. Partly to rectify that imbalance, he agreed to appoint Cheme (Cherie) Moise Levy, the son-in-law of Rabbi Morris J. Raphall of New York’s Congregation B’nai Jeshurun, to be an assistant quarter-master with the rank of captain. This may have been the first example of “affirmative action” in all of American Jewish history.

The fact that Abraham Lincoln went out of his way to make a Jewish appointment in 1862 is fascinating on many levels. But here I want to ask a question about the language that Lincoln employed: Why did he use the word “Hebrew” in writing to Stanton, rather than simply calling Levy a Jew?

The word “Hebrew” appears for the first time in this week’s Torah portion. Abraham Lincoln’s biblical namesake, the patriarch Abraham, received the shocking news that his cousin, Lot, had been taken away as a prisoner of war. According to the text, “a fugitive brought the news to Abram the Hebrew (Avram ha’ivri)” (Gen. 14:13).

The term “the Hebrew” has long puzzled students of the Bible. One ancient rabbi playfully connected it to Abram’s fierce non-conformism: “All the world was on one side (ever) and he on the other side” (Gen. Rabbah 42:8), a trait common among Jews to this very day, as Tom W. Smith’s Jewish Distinctiveness in America: A Statistical Portrait (2005) amply demonstrates. My father, the biblical scholar Nahum Sarna, concluded that “Hebrew” was really an ethnic designation, akin to “Canaanite” and “Moabite.” Other theories abound. Whatever the case, by the time of King David, some three thousand years ago, the term “the Hebrew” had largely disappeared. For most of recorded history, the descendants of “Abram the Hebrew” were known simply as Jews.

With the destruction of the Second Temple, however, Jews became objects of persecution and derision. Majority populations, Christians and Muslims alike, looked down upon the Jewish minority in their midst, disparaging Jews as a “hated and despised race”—and worse. The very word “Jew,” in many languages, took on negative connotations.

With the advent of modernity, as part of an effort to achieve emancipation, gain equal rights, and promote social integration, Jews sought to counter the stigma associated with the word “Jew.” The best way to do so, many of them thought, was to discard the word “Jew” altogether.

Since the word “Israelite” conjured up far more positive associations, that became the term of choice in several countries, especially France. In Newport, Rhode Island, when local Jews in 1790 penned a letter to the visiting president of the United States, George Washington, they denominated themselves “Children of the Stock of Abraham,” a term borrowed, ironically, from the New Testament Book of Acts (13:26). Others looked to rebrand Judaism as “Mosaism” or “the Mosaic Persuasion,” hoping to capitalize on the reputation, even among non-Jews, that Moses enjoyed. One rabbi proposed renaming Judaism as “Yahvism.”

The term that won the greatest favor among American Jews, however, was the one borne by Abram in our Torah portion—“Hebrew.” In 1788, Congregation Mikveh Israel of Philadelphia in a fundraising appeal directed to the larger community, spoke of “the good People of the Hebrew Society in the City of Philadelphia.” Jewish organizations in nineteenth-century America likewise tended to employ the word “Hebrew”—as in the United Hebrew Charities, the Hebrew War Veterans, the Young Men’s Hebrew Association (YMHA), and the Union of American Hebrew Congregations. The word “Hebrew,” Jews thought, would create a new and uplifting image for America’s Jews, associating them in the public mind with “Abram the Hebrew” and the noble Israelites of the Hebrew Bible.

For a time, this well-meaning strategy succeeded. “Hebrew” became the socially acceptable (“politically correct”) term for Jews. That likely explains why a sensitive politician like Abraham Lincoln employed it. The word “Jew,” by contrast, was seen as pejorative. Non-Jews frequently used it in a derogatory way.

With the rise of social antisemitism in the late nineteenth century, however, the same stigma once applied to “Jew” became associated with the word “Hebrew.” “No Hebrews need apply” and “We have no HEBREW patronage” became as familiar as attacks on “Jewish money” and “Jewish power.” Abandoning the name Jew turned out to have accomplished nothing.

So young Jews, beginning in the late nineteenth century, began to take back the word “Jew,” transvaluing what had been a badge of shame into a badge of honor. As part of a larger Jewish religious revival of that time, they reasserted their identity as “Jews” and promoted pride in Judaism. The new educational institutions championed by these young Jews, including The Jewish Theological Seminary, the Jewish Publication Society, and the Jewish Encyclopedia all self-identified as “Jewish” rather than “Hebrew.” Within a few years, the Hebrew War Veterans became Jewish War Veterans, many YMHAs became Jewish Community Centers, and “Hebrew charities” became Jewish ones. Employing the word “Hebrew” as a polite synonym for “Jews” became, in the words of the new Oxford Living Dictionaries, “dated [and] offensive.”

The remarkable odyssey of the word “Hebrew” carries important contemporary lessons as institutions today once again look to “rebrand” and alter their image in a bid to overcome stigma and win over critics. Sensitive politicians may be swayed and temporary benefits accrued by such changes, but history suggests that they may well prove ephemeral. We might do better learning, as the Rabbis did, from that fierce non-conformist, “Abram the Hebrew” who valiantly stood his ground—even when “all the world was on one side and he on the other side.”

Professor Sarna was awarded an honorary degree by JTS in May 2018. His many books include American Judaism: A History.