A Question of Translation 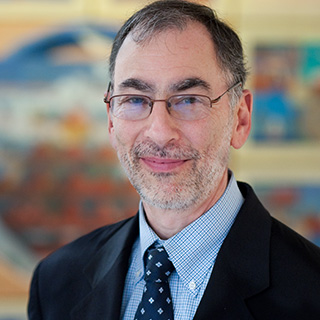 Parashat Vayiggash (or, as it is sometimes known in Hebrew school circles, “parashat omigosh”) serves as the denouement of the “Tale of Joseph and His Brothers.” Everyone knows the story by this point — the brothers have kidnapped Joseph and become complicit in his sale into Egyptian slavery; Joseph overcomes various turmoils to become Viceroy of Egypt; during a famine, the brothers have made their way to Egypt to seek provisions, and when they do, Joseph torments them (or tests them, depending on one’s point of view) to discover whether they have grown out of their youthful enmity and can be treated as family. Already a cliff–hanger from the end of last week’s portion, this week’s parashah opens with a long, intercessory speech of Judah, that melts Joseph’s heart (Genesis 44:18-34). At the conclusion of the speech, “Joseph could no longer restrain himself in the presence of all who were stationed around him … ” (Genesis 45:1), and he reveals himself at last to his brothers. Whew!

During the following scene, amidst much weeping and many revelations, Joseph arranges to send his brothers back to Canaan in order to bring their families and elderly father, Jacob, down to Egypt, where they can be taken care of during the famine. (That the sojourn ends up lasting for hundreds of years and devolving into slavery is beside the point!) When preparing his brothers for their return journey to Canaan, Joseph makes a brief and somewhat enigmatic speech (Genesis 45:23-24):

And to his father he sent the following: ten he–asses laden with the best things of Egypt, and ten she–asses laden with grain, bread, and provisions for his father on the journey. As he sent his brothers off on their way, he told them, “Do not be quarrelsome [אַל-תִּרְגְּזוּ בַּדָּרֶךְ] on the way.”

It is the verb תּרְגְזוּ in this last phrase that will concern us for the remainder of this commentary. Joseph says, אַל-תִּרְגְּזוּ בַּדָּרֶך, which the New Jewish Publication Society TANAKH translates as “do not be quarrelsome on the way.” Given everything we know about what goes on in the family of Jacob, that translation certainly makes sense: the brothers, as Nahum Sarna makes clear in the NJPS Torah Commentary, are certainly disposed to “engage in mutual recrimination” along the way, blaming each other for everything that has transpired. In this interpretation, Sarna follows the great medieval exegete Rashi, in the latter’s contextual comment (peshuto shel mikra). Rashi says:

Do not become quarrelsome: … According to the plain meaning of the verse, one should say that since the brothers were ashamed, Joseph was worried lest they argue along the way about the matter of his sale, and would dispute with one another, saying, “You sold him!” “[Oh, yeah?!] Well, you spoke maliciously about him!” [Says who?!] “You were the one who caused us to hate him!”

In fact, this understanding of the verb ?is a very old one; it is the reading followed in the ancient Aramaic translation Targum Onkelos, “לָא תִתנְצוֹן בְאוֹרחָא [do not quarrel on the way]”. Many other medieval commentators follow this line.

However, as you might have guessed, this is only one possible reading of the verb. Rashi’s grandson R. Samuel ben Meir, or Rashbam, took issue with his grandfather (as he was frequently wont to do!) and criticized him as not really understanding biblical Hebrew! Rashbam said that in most of the Bible, the verb ?did not mean to quarrel, but to become agitated, i.e., to fear. And so, he commented:

Do not become agitated: Do not fear at all on the road from bandits, for I have made peace on every side. So, too, is the verb found in Psalms 4:5: So tremble, and sin no more, i.e., “be in awe of the Holy One, and do not sin.” So, too, the case of Deuteronomy 28:65: the LORD will give you there a trembling heart; just like the Targum translates it into Aramaic: “fearful” … In fact, the verb? ?means “to be angry” only in the Aramaic sections of the Bible, in the books of Daniel and Ezra. But in the rest of the Bible, the verb? ?should be translated as trembler [in Old French, Rashbam’s vernacular], i.e., “to tremble,” or “to be afraid.”

Rashbam’s interpretation seems to be the basis of Everett Fox’s Schocken Bible translation: “Do not be agitated on the journey!” In fact, Rashbam is followed by many other medieval commentators, and by most modern scholars as well. Thus, Joseph should be seen as sending off the brothers but anticipating that they might be afraid on the journey, as all journeys carry with them degrees of danger that staying put would not bring. This might seem less interesting as a reading: Andrew Lloyd Webber’s version — or Rashi’s! — might do a better job of sensationalizing the narrative and capturing our attention better. But Rashbam would respond: “It’s my job only to help the reader read better that which is written, no more no less; it is not the job of the commentator (necessarily) to inspire or to teach.”

But wait — we’re not quite finished here. I have done something a bit sneaky — I have skipped over the whole beginning of Rashi’s commentary on the verse, and far be it from me to let you begin your Shabbat without a full measure of Rashi! Before he had given the peshuto, his “plain meaning of the verse,” Rashi had supplied the reader with two rather fanciful readings. The first one of these is as follows: Do not quarrel on the way: do not occupy yourself with a matter of halakhah, so that the trip should not aggravate you.

Now, any of us who has ever taken a long journey (or even a car trip of a couple of hours) knows that a trip can be a most aggravating experience (an understatement if there ever was one!). Need I even mention words like “truck lanes,” “carsickness,” or “the Gowanus Expressway”? But what could Rashi have been thinking?! Wouldn’t “a matter of halakhah” be something that a rabbi would consider to be a blessing to wish upon someone undertaking a journey? Doesn’t the Shema’ (Deuteronomy 6:7) instruct us to recite words of Torah “when thou walkest by the way”?! “May you be occupied with matters of halakha along the way” sounds much more like a good thing, rabbinically speaking, rather than a source of aggravation!

Clearly, Rashi must have been thinking of something else — and, in fact, he was. In the Babylonian Talmud (Taanit 10b), we read of the Sages’ concern that, though we are bidden to occupy ourselves with words of Torah even when we are on the road, we should not delve too deeply into the fine points of halakhah, lest we become so preoccupied that we lose the way and so endanger ourselves. Thus in our case, Joseph wanted his brothers to go to Jacob as quickly as possible and not let anything get in the way of that most important undertaking. Since the ancient Sages (and Rashi, following them) think of biblical characters as though they were rabbinic scholars, it is only natural that they would think that Joseph’s brothers might in fact endanger themselves through deep Torah study — so Joseph warned them. While we might think this is a far–fetched interpretation (bet you thought I didn’t know Yiddish!), for Rashi it comes quite naturally. Even Torah study can get to be too much of a good thing!

Now that we are thinking rabbinically, Rashi’s other midrashic reading will not seem so outlandish: “Here is another (midrashic) interpretation: Don’t take giant steps; and bring sunlight into the city.”

Here Rashi draws upon another midrashic opinion. He seems to be suggesting a middle way regarding speed of travel: in your eagerness to tell the news to Jacob, don’t try to go too quickly (for that may bring danger). On the other hand, nor should you dawdle along the way — make sure you arrive while there is still sunlight. Alternatively, this second opinion may mean: neither travel too quickly (during the day), nor should you travel by night. Both of these interpretations of Rashi find justification in the various sources and commentaries. In fact, I must admit that even the last words “and bring sunlight into the city” yield another reading: the word that is generally translated as “sunlight” (חמה, “sun”) may also be understood as a different Hebrew word חמה [anger] — after all, these are unvocalized texts! Thus, Rashi would be interpreting Joseph as saying, “I, who have suffered from your nature before, urge you not to be aggressive in your travel (‘take giant steps’), lest you bringanger into the city.” Anyone thinking of “road rage” here? What I like about this last reading is that it is connected to Rashi’s contextual interpretation — remember, he has understood the key Hebrew verb תִּרְגְּזוּ as related to “quarrel/anger,” and this would be underscored if Joseph’s advice would be to travel calmly.

How do you feel now — confused about what the Torah “actually” says or challenged by the virtually endless pathways one might take toward understanding?

Before you answer that (!), space allows for one final anecdote: while I was in graduate school at JTS, whenever one of my fellow students would say, “The text says … “, my teacher Professor Edward L. Greenstein would urge the class to hold up our Tanakhs to our ears. Then he would ask, “What does the text say now?” Hmmm … One of the things that our exercise in this parashah commentary reminds me of is the rabbinic maxim: “There are seventy faces to the Torah.” Or we might say, the Torah sustains an infinite variety of meanings. Depending on the reading strategy one employs, one will come up with various “readings” or interpretations.