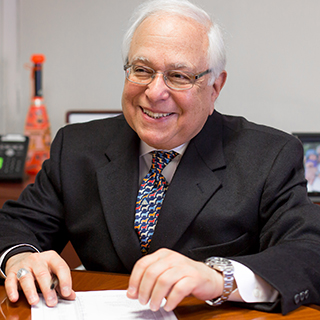 As JTS’s chief financial officer, Fred Schnur is responsible for accounting, budgeting, facilities, human resources, and the Registrar’s and Financial Aid Offices. He joined JTS in 2010 and is a member of the Chancellor’s Cabinet, working closely with the chairs of the Finance, Audit, and Investment Committees.

Prior to joining JTS, Fred was the vice president and secretary for the Alfred P. Sloan Foundation. Previously, he was vice president for finance and administration at Teachers College, Columbia University. He held similar positions at the University of New Hampshire and the University of Maryland at Baltimore. In addition, Fred held chief financial officer positions for a major statewide transit agency and a large northeastern city. He is a CPA, licensed in New York and New Jersey, and holds a BBA degree from the City College of New York.