Jewish Studies in Day School: A View into the Present and Future 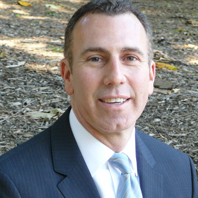 Only 10 percent of all Jewish school-age children attend day schools in the United States even though we know it is the most effective way to build the foundation of a strong Jewish identity and knowledge base. While the product is outstanding, the vast majority of families with Jewish children do not perceive the value of a day school education to be high.

In 1991, the Commission on Jewish Education in North America published a report titled A Time to Act. On the heels of the 1990 Jewish Population Survey that found declining Jewish engagement and rising intermarriage, Jewish educational organizations, and particularly day schools, experienced renewed energy. For more than a quarter century, Jewish studies in day schools have evolved significantly. As we consider the future of these schools, it is valuable to take stock of the current curricular landscape and to offer some suggestions for what Jewish studies might look like in the coming decades.

Current Jewish studies curricula in day schools are informed by three predominant notions: how Judaism relates to modernity, significant advances in pedagogical approaches in general education, and the opportunity for students to choose their course of study. About the same time as A Time to Act was released, Michael Zeldin, former senior national director of the HUC – JIR School of Education, wrote that the relationship between Judaism and the “curriculum of modernity” was at the center of the educational experience in day schools. Jonathan Sarna frames this idea as the fundamental question of being Jewish in America: how to live in two worlds at once, how to be both American and Jewish. Curriculum in day schools today also reflects wider changes in general education and the growing knowledge base of what constitutes effective teaching and learning. Last, Jewish day schools, particularly at the high school level, have been influenced by our choice-based consumer society to employ curricular choice, specifically in Jewish studies where there are not specific state requirements.

Day school curricula have sought to integrate Jewish and general studies in significant ways. One example of curriculum integration now widely applied in day schools is Facing History and Ourselves (FHAO). FHAO integrates the study of history, literature, and human behavior with ethical decision-making and innovative teaching strategies. At the Charles E. Smith Jewish Day School (CESJDS), where I serve as the head, we have tailored FHAO’s Holocaust and Human Behavior course to be used within our seventh-grade Humanities Experience block. Humanities experience is a block dedicated to grade-level, interdisciplinary, humanities-based units facilitated by teaching teams. The units are grounded in our core values and themes for each grade. At CESJDS, this experience integrates history and ethics and promotes an understanding of how Jewish values and texts are brought to bear on understanding and addressing prejudice. Large numbers of other day schools also integrate Jewish ideas, concepts, and values into their individual school-based general studies curricula.

A second area of integration in day schools is often within Jewish studies. At CESJDS we have developed a class called Judaics Workshop that is designed to nurture students’ relationship with two major features of Jewish life: Hagim (Jewish holidays) and Israel. Through hands-on learning experiences, students develop a deeper understanding and appreciation for the practices and themes associated with holidays, as well as the history, diversity, and innovation that characterize Israeli culture. The workshop provides students with an opportunity to apply the overarching themes of their grade level to Jewish content. For instance, seventh grade, which focuses on the theme of community, explores Shabbat practices of Jewish people from different eidot (ethnic communities) around the world.

In the field of Jewish text, the Legacy Heritage Instructional Leadership Institute’s Tanakh (Bible) and Rabbinics Standards and Benchmarks programs are an example of best practices instructional methods from general education being used in Judaic studies. This program applies standards-based approaches to aid schools in articulating a coherent vision for their curriculum and provides sustained professional development to build individual school capacity to deliver high quality instruction. The standards and benchmarks inform the selection of materials, support the design of assessments, and provide guidance for the design of teacher professional development. At my school we have seen students become more deeply engaged in the study of Tanakh because the nature of this approach and how it connects students personally to their learning. Since building teacher capacity to develop lessons is central to the methodology, our teachers have also become more deeply engaged in their own learning and, subsequently, their teaching.

CESJDS, along with other schools, employs the Proficiency Approach for Hebrew language learning. Historically, when teaching Hebrew at our school, teachers emphasized the importance of learning to read. Learning to read in a new language helps students access class material and our faculty believed that by practicing this skill learners retained the language for a longer period of time. However, learning to read does not translate into language acquisition. Reading as a goal of language curriculum helps students learn about the language without giving them the opportunity to fully acquire it. Through the Proficiency Approach we have asked teachers to move away from teaching the rules and structure of Hebrew and, instead, to focus on the use of simulations so that students have a more authentic experience when using the language. The Proficiency Approach is based on the American Council on the Teaching of Foreign Languages (ACTFL) standards as a benchmark for curriculum and instruction. CESJDS uses these metrics to benchmark our students’ progress and the overall effectiveness of our Hebrew language curriculum. We assess students and collect data at key grade levels through an online, ACTFL standards-based assessment of language proficiency.

A third area in current Jewish day school curriculum relates to choice. While the vast majority of day schools are in the K–8 arena where schools generally only offer required classes, some Jewish day high schools have worked to embrace choice by offering their students options within the Jewish studies realm. As just one example, CESJDS created a Jewish Pathways program where students have the opportunity to forge their own journey in Jewish studies. The Pathways program provides students with options to specialize in Tanakh, rabbinics, modern Jewish history, or Jewish thought and philosophy. There is also a pathway for students who have not previously studied in a day school. This is just one of a few similar programs that seek to engage students through choice in curriculum.

A VIEW INTO THE FUTURE

Hebrew College president Daniel Lehman notes that much of the thought and language that animates contemporary day schools does not sufficiently capture the imagination of 21st-century North American Jews. He sees “in-marriage,” “Jewish literacy,” the “continuity of the Jewish people,” and “Jewish identity” as terms and concepts that no longer resonate with a significant percentage of American Jews. Instead, he suggests day schools should articulate their missions and develop curriculum around the conceptual categories of creativity, hybridity, transformative spirituality, textured particularity, and ethical audacity.

Philanthropist Michael Steinhardt attributes the lack of deeper day school penetration to the fact that too many contemporary Jews view the prospect of sending their children to an exclusively Jewish school as a step backward in their American engagement. Steinhardt proposes that day school curriculum better balance Jewish and secular education. More specifically, he argues that day schools teach what he sees as the unprecedented level of Jewish achievement in the secular world as the basis for building pride and Jewish engagement in their students.

With this in mind, what might Jewish studies in day schools look like in the future? It is clear that to attract students, the conceptual frameworks of Jewish studies in schools must continue to evolve. Day schools must be committed to growth and change, while also amplifying what is currently working well. I see Jewish studies becoming more interdisciplinary in the future. Just as we see the emergence of hybrid fields such as biotechnology and neuroscience, day schools might seek to develop more interdisciplinary courses of study. In the realm of Israel education, there is an opportunity to learn about Israel through the prism of innovation and technology. Israel’s status as a “start-up nation” holds the promise that schools will look to teach about Israel in science, engineering, and other creative areas.

While day schools have been shown to be the most effective form of Jewish education, there are other areas, such as Jewish camping, that have evidence of success. Day schools should seek to emulate the spirit, community building, and emotional engagement seen in camps around areas such as tefillah, Jewish living, and celebrations that have been less successful in day schools. Finally, day schools have an opportunity to engage their broader community in the education they offer young people by expanding to offer adult Jewish education. With the outstanding faculties and expertise in teaching day schools hold, there is an opportunity to bring the day school experience to an adult audience.

Rabbi Mitchel Malkus serves as head of school at the Charles. E. Smith Jewish Day School. He is a member of the board of the Consortium for Applied Studies in Jewish Education (CASJE), the editorial board of HaYidiyon, and a past DSLTI mentor.