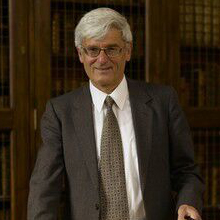 Dr. Shamma Friedman is Distinguished Professor Emeritus of Talmud and Rabbinics at The Jewish Theological Seminary. Dr. Friedman has been associated with JTS since he entered The Rabbinical School as a student in 1958. He was appointed to the JTS faculty in 1964. After ordination, he pursued a PhD at JTS and was one of two students who comprised the first graduating class to this degree, working under the tutelage of Professor Haim Zalman Dimitrovsky. Dr. Friedman has served the institution in a variety of roles, including professor, acting librarian, editor of Hebrew publications, and director of the Schocken Institute. During the 1970s and 1980s, Dr. Friedman was the dean and director of JTS’s Jerusalem campus, now known as the Schechter Institute of Jewish Studies.

As a student and young scholar, Dr. Friedman forged a special relationship with Saul Lieberman, seminary rector and doyen of Talmud scholarship in the twentieth century. In 1985, Dr. Friedman founded the Saul Lieberman Institute of Talmudic Research, which encourages innovative Talmud scholarship and provides sophisticated tools for its implementation. The institute today, under Dr. Friedman’s direction, distributes a computerized database containing the text of almost all surviving Talmud manuscripts, and a computerized page-by-page bibliography of hundreds of books. The product of decades of work, these resources are aimed at opening new horizons in this field. Together with Professor Leib Moscovitz of Bar Ilan University, Friedman established the website: http://www.biu.ac.il/JS/tannaim/

Dr. Friedman is the author of books and articles dealing with various aspects of Talmudic studies, including literary and conceptual development, stratification of the Talmudic sugya, linguistic studies in Hebrew and Aramaic, and the nature of variant readings of the Talmudic texts. Dr. Friedman applied these disciplines systematically in the form of consecutive commentary of the Talmudic texts. In 1996, JTS Press published Talmud Arukh, Bava Metzi’a VI: Critical Edition with Comprehensive Commentary, which demonstrates this approach. This work also contains a line-by-line computer-generated comparison of readings from all surviving manuscripts.

Dr. Friedman’s most recent work is Tosefta Atikta, Synoptic Parallels of Mishna and Tosefta Analyzed, with a Methodological Introduction, published by Bar-Ilan University. Dr. Friedman has called attention to the pressing need for a commentary on the Talmud that meets exacting academic standards and is attuned to a contemporary intellectual mindset. Some of his former doctoral students, now serving in academic positions at JTS and other institutions of higher learning, have already added their contribution to this goal. In this connection, Friedman founded the Society for the Interpretation of the Talmud, whose volumes appear under the title Talmud HaIgud.

In addition to his professorship at JTS, Dr. Friedman has taught at several prestigious universities around the world, including Harvard, Bar-Ilan, the Hebrew University, and Tel Aviv University. He was elected to the Israel Academy of the Hebrew Language and the American Academy of Jewish Research.