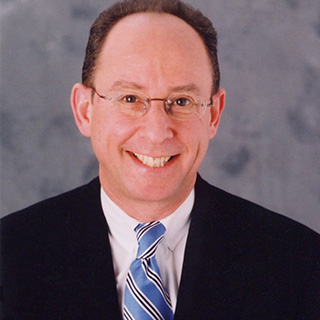 Rabbi Michael B. Greenbaum is vice chancellor emeritus of The Jewish Theological Seminary, where he served, in a career spanning 40 years, as an administrator and member of the faculty. For a quarter-century as JTS vice chancellor and chief operating officer, Rabbi Greenbaum oversaw many significant milestones and accomplishments. Among them, he directed the construction of Kripke Tower and the complex that houses The Library of The Jewish Theological Seminary; provided active counsel to the Ramah camping movement; served on the search committees for two chancellors; and represented JTS on numerous boards, including those of Masorti Olami, The Jewish Museum, the Association of Theological Schools, the Middle States Commission on Higher Education, the United Synagogue of Conservative Judaism, and MERCAZ, as well as the Executive Council of the Rabbinical Assembly.

Rabbi Greenbaum also served as an assistant professor of educational administration, teaching courses in nonprofit management, leadership theory and practice, and the history of the Conservative Movement.

Rabbi Greenbaum is a recognized expert on the legendary JTS chancellor Louis Finkelstein (1940–1972) and on the Conservative Movement. His work in these areas has appeared in Conservative Judaism; Tradition Renewed, the two-volume history of JTS; and the Journal of Conservative Judaism. His 2001 book Louis Finkelstein and the Conservative Movement: Conflict and Growth was republished in 2009 by The Jewish Theological Seminary. In addition to working under Dr. Finkelstein as a student, Rabbi Greenbaum also had the privilege of working closely with the previous chancellors Gerson D. Cohen and Ismar Schorsch.

His expertise in higher education administration has been acknowledged by both the Association of Theological Schools, the primary accrediting body for religiously affiliated schools in North America, and the Middle States Association of Colleges and Schools, which accredits all postsecondary schools in the Middle Atlantic region, Puerto Rico, and other locations abroad. He served for four years as a member of the Association of Theological Schools’ National Commission on Accrediting and six years as a commissioner of the Commission on Higher Education of the Middle States Association, during which time he was also a member of the Executive Committee. Over the years, Rabbi Greenbaum has chaired numerous evaluation teams for both organizations.

For 34 years, Rabbi Greenbaum was privileged to share the pulpit at Temple Israel in Sharon, Massachusetts, on the High Holidays. In 2008 and 2009, Newsweek named him one of “The 50 Most Influential Rabbis in America.”

Rabbi Greenbaum and his wife, Cindy, have four children and three grandchildren. They reside in Teaneck, New Jersey, where they are members of Congregation Beth Sholom.