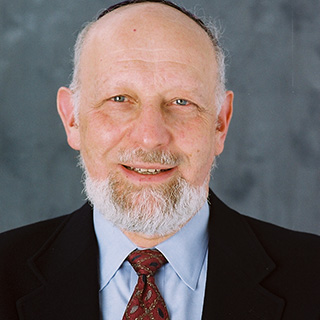 Mayer E. Rabinowitz is associate professor emeritus of Talmud and rabbinics at The Jewish Theological Seminary. He served as JTS’s librarian from 1987 to 2002; under his leadership, the reputation and accessibility of The Library grew to new heights.

Rabbi Rabinowitz is the chairman of the Joint Bet Din of the Conservative Movement, which deals with matters of marriage and divorce as well as arbitration and mediation. He served as both secretary and research consultant to the Committee on Jewish Law and Standards of the Rabbinical Assembly; he was a committee member for 25 years, until 2006. Over the years, he served as director of the Saul Lieberman Institute of Talmudic Research, dean of The Graduate School of The Jewish Theological Seminary, associate dean of The Graduate School, and dean of students at The Seminary College of Jewish Studies / Teachers Institute (now List College of The Jewish Theological Seminary).

Rabbi Rabinowitz is the author of several critical editions of medieval halakhic works and the editor/translator of “Jewish Law in the State of Israel” (Proceedings of the Rabbinical Assembly, 1974). His paper “On the Ordination of Women: An Advocate’s Halakhic Response” was published in Judaism and appears in The Ordination of Women as Rabbis: Studies and Responsa. He has lectured widely in North America and Israel on issues concerning Jewish law and the Conservative Movement.

Rabbi Rabinowitz received his BA, BHL, and MA from Yeshiva University and his MHL, rabbinical ordination, and PhD from JTS.