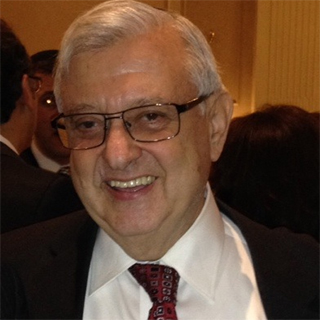 Rabbi Brodie began as an undergraduate at JTS in 1956 and retired from the administration in 2006. In 1975, Rabbi Brodie founded JTS’s Office of Student Life, which flourished under his direction. Student Life is a Hillel-like office whose functions include counseling students, programming extracurricular student activities, and overseeing the Va’ad Gemilut Hasadim. The Va’ad, a cocurricular community outreach organization founded by Rabbi Brodie in the mid-1980s, is his proudest accomplishment in the realm of student affairs.

In his youth, Rabbi Brodie served Camp Ramah (Connecticut, Wisconsin, and California) as a counselor and teacher for many years. He also alternated between teaching Bible and the first-year seminar at The Rabbinical School for almost 40 years. He has lectured on biblical themes in communities around the country, as well as for the JTS Lehrhaus program, Women’s League for Conservative Judaism, and the United Synagogue. He has been an active member of the Rabbinical Assembly, having served on the Administrative Committee, the Executive Council, and the Nominating Committee. After serving 46 years as a JTS representative on the Joint Placement Commission, he retired in the spring of 2015.

Outside commitments have included serving on the boards of several organizations, including for more than a decade on the New York Hillel Board, the Reece School, the Jewish Conciliation Board of America, and the Task Force on Missionaries and Cults of the JCRC. He also was a member of the Morningside Retirement and Health Services Board of Morningside Gardens and on the board of the co-op in which he currently resides.

A native of New Britain, Connecticut, Rabbi Brodie graduated from the Joint Program of the School of General Studies of Columbia University and the Teachers Institute of JTS in 1961. He received his master’s degree, rabbinic ordination, and an honorary doctorate from JTS.