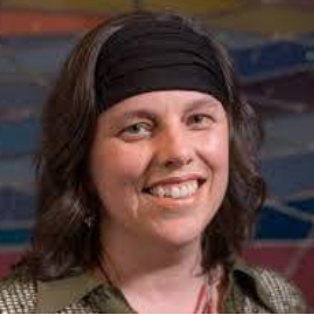 How does a young woman, born in Germany, spend time studying in Jerusalem, go back to study at a new rabbinical seminary in Germany, and ultimately secure a pulpit in Phoenix, Arizona? This is her story.

Nitzan Stein Kokin was born in the southwestern part of Germany. Toward the end of high school, she became interested in Judaism and Israel. She spent a gap year in Israel, working in a home for people with disabilities and learning Hebrew. Returning to Germany, she started college. She returned to Israel to study at Hebrew University, where she studied rabbinic literature, Bible and Jewish thought. She spent more and more time studying in the university’s women’s program. The Conservative yeshiva’s daily minyan fulfilled her feminist need to be acknowledged as an equal in prayer.

Nitzan’s experience in Israel enriched her so much that when she arrived in the United States, she wanted to give back to the Jewish community and devoted herself to Jewish education. For ten years, she traveled with her young family and taught in the U.S., Israel and Germany. She and her family were living in Berlin when Zacharias Frankel College opened. This would be her chance to pursue her “calling” to become an ordained Masorti/Conservative rabbi and engage in congregational work. She was ordained in 2017.

Rabbi Stein Kokin was invited to spend her senior year of rabbinical studies at the Zeigler School of Rabbinic Studies in Los Angeles. During that time, she often attended Torah Fund events and was gratified by the many women dedicated to supporting young people studying to be rabbis, cantors, educators and lay leaders. She recognized that women keep women alive in their passion for keeping traditions. She feels that Women’s League members’ support of Torah Fund promotes the education of a new generation of Jewish leaders at the five institutions of higher Jewish education around the globe. These new leaders will be pluralistic, egalitarian, inclusive and forward-thinking while keeping the richness of our Jewish heritage.

After her ordination, Rabbi Stein Kokin lived in Los Angeles. In 2019, after doing a global search for a pulpit, she found Beth El Congregation in Phoenix, Arizona, where she has been able to fulfill her life’s dream. Her greatest joy is to delve into rabbinic texts and connect with the members of her congregation. She loves the spirituality of being with nature; Phoenix is the perfect place for her.