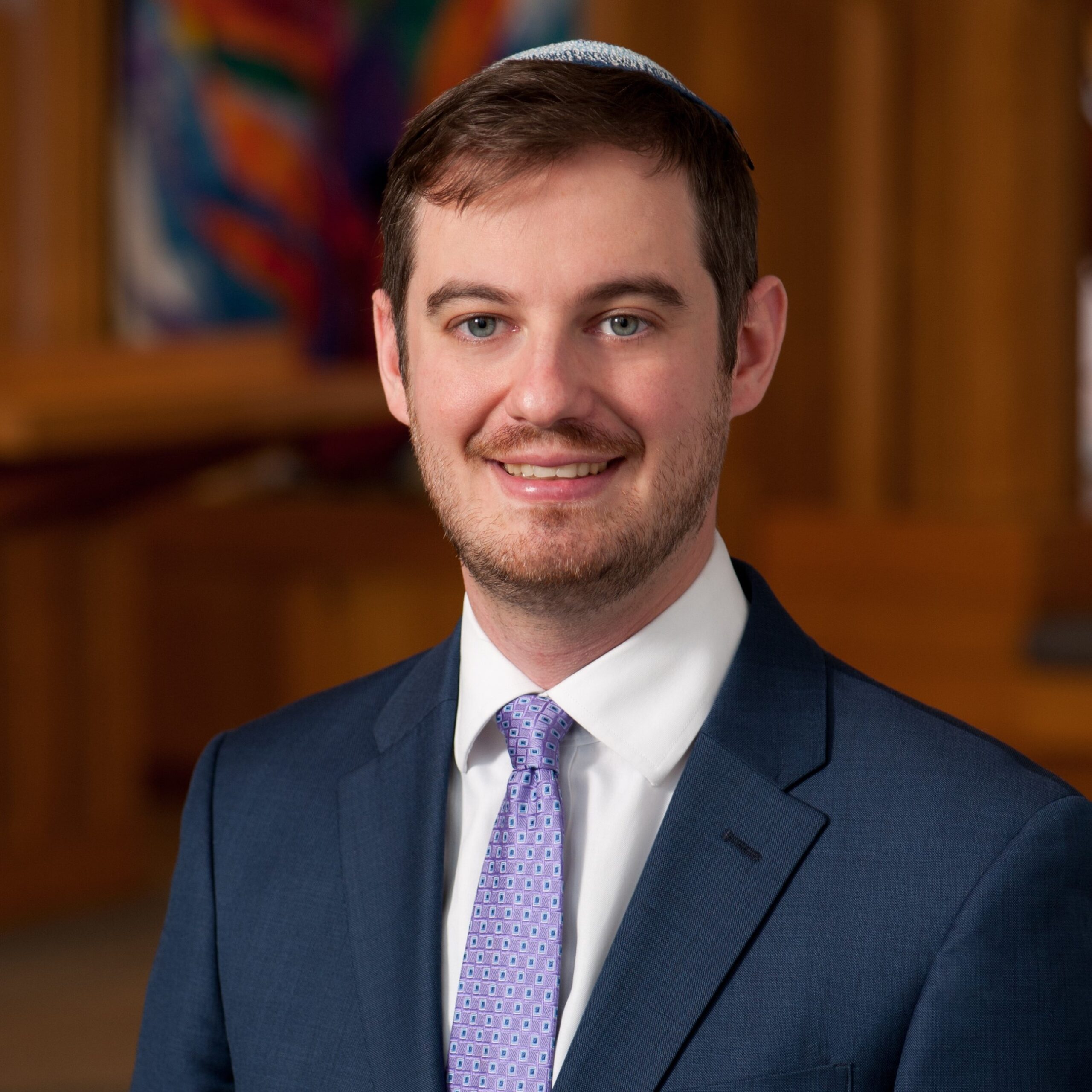 At JTS, rabbinical and cantorial students are required to take a unit of clinical pastoral education (CPE) to graduate. Though not every student will become a chaplain, all of them will use what they’ve learned in their 400 hours of training in whatever path they choose.

Newly ordained JTS Rabbinical School graduate Rabbi Ari Abelman sees chaplaincy as a very real possibility for his future. He’s headed to a chaplaincy residency program at North Shore University Hospital on Long Island, where he will work toward becoming certified as a chaplain.

Ari began thinking about chaplaincy as a possible career path during the summer after his second year of rabbinical studies. After spending the year in Israel, Ari decided to complete his CPE requirement. But he did not do this at JTS. At that time, Ari’s then boyfriend (now husband) was in rabbinical school at Hebrew Union College in Cincinnati and was spending the summer in a CPE program; Ari decided to join him there. Ari admits he was a bit concerned about two people in a relationship both embarking on CPE at the same time because of the intensity of the work on a very personal level, but he took that chance so that they could be together. And by the end of the summer, they were engaged!

In Cincinnati, Ari was placed in a Catholic hospital, where he was the only Jew. At first, he felt like an absolute outsider, but then he said, “It turned out to be one of the best experiences of my life!” Ari worked in the Neonatal Intensive Care Unit (NICU), which he said was “difficult, but powerful.” The diversity of his fellow students helped to enrich his time there, and his supervisor, Ari said, had “an amazing feel for pastoral work and for that human presence that is at the core of caring for people in that way.”

After that summer, when he began to think about a future in chaplaincy, Ari knew that he was still missing the Jewish aspect. So he applied to do a second unit here at JTS, which he completed last summer.

At JTS, Ari found the Jewish approach to pastoral care that he was looking for, and the experience of growing his own ability to talk about chaplaincy in Jewish terms. He could write about his experiences drawing on Jewish sources. “A big part of CPE at JTS for me was the theological side, finding Jewish and rabbinic language for reflecting on what I was encountering,” he said.

He also experienced a different kind of pastoral care, as his internship was in a hospice program at Metropolitan Jewish Health System (MJHS). Here, some of his patients were in a slow decline, so Ari had the ability to build relationships with them, which didn’t happen with the patients with acute situations, sudden emergencies, and unexpected illnesses.

Ari knows that pastoral care will be important no matter what work he does in the future. There are always people who have things to talk about, and when the word “rabbi” is in front of your name, people gravitate to you, he said. “What CPE has done for me is it has allowed me to look much more closely at myself, but not just as a human being in terms of emotions, but as a religious leader and spiritual person,” Ari said. “I think CPE has given me a really good space to explore the theology I’ve learned and ask, ‘what does that mean for me, how do I put that in Jewish language, and how do I bring that to others?’ There is no better place, sadly, than one where a person is suffering to really put all of the theology into practice.”

BACK TO COMPASSION IN ACTION

BACK TO COMPASSION IN ACTION
x