My father’s third yortseyt begins this evening, and to mark the occasion I repost here a piece written for Mentshen, a blog series sponsored by the Federation of Jewish Men’s Clubs. They asked me to reflect on my father’s influence upon me. I am proud to share my response with you. 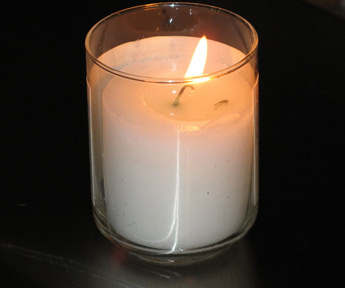 It’s not difficult to recall numerous ways in which I have been shaped—as a person, a father, a Jew, a man, a friend, a husband, and much, much more—by my father, Alan Eisen (z”l), whose third yortseyt I will observe in early January.It is appropriate to write this particular recollection of him for the Federation of Jewish Men’s Clubs (FJMC) with a plaque and framed certificate nearby that testify to his “Man of the Year” awards from the Men’s Club of Congregation Emanu-El in Philadelphia. I got my musical ability from my father (my mother, a source of great influence and inspiration as well, could not carry a tune, though she did play the piano). I suspect the fact that I do not tell jokes very often, but appreciate good puns, stems from the fact that Dad told jokes all the time, and was known for a repertoire of bad puns. It gave me great pleasure, too, when my son was born, to observe that he had inherited the double-jointed thumbs that seem to go with my father’s genealogy and that of all Eisen males. The problem is not finding examples of my father’s influence on me, but identifying areas where that influence is absent. Let me mention three zones of his impact that are particularly relevant to my current work—and that of the FJMC.

First, my Dad was pious in a way I much admired and never scorned, even at the height of teenage rebellion. He had a love of life that ran deeper than deep. (I confess that I just typed “has” and “runs” in the previous sentence and then corrected the typos to put the words in past tense. Alan Eisen lives in me not least in the love of life, the sense of gratitude to God for being, that is perhaps the greatest gift he transmitted to me—a most important quality that he exuded from every part of his being.) He would often lead davening of birkhot ha-shahar at morning services, and I knew as I watched that he did so with great kavanah. He would say “the Good Lord willing” and mean it. He was not a simple person, despite his protestations that he was: part of a genuine humility that taught me to take the world seriously but not to take myself too seriously. He never did. I think that’s why little kids loved him so: this man who would get down on the floor with them and pretend to pound down on his double-jointed thumbs until he bent them back in a way that left kids wide-eyed, or who—as the kids got older—would entertain them with math tricks and word games. He was a character, my father, and a man of great character. I could always count on him. So could my mother and God.

Second, my Dad loved music. He had been training to be a pianist when the Depression took away that dream and others, too. Throughout his career as a salesman, he would take time whenever he could—and wherever he traveled—to walk into schools and offer a free program called “Fun With Music.” He wanted kids to appreciate Chopin, so he’d have them time him as he played the “Minute Waltz,” or he’d conjure up the images of a parade and enthrall them with Beethoven’s “Turkish March.” (The kids at the assemblies generally wrote thank-you notes afterward and sent them to him; usually they consisted of elaborate drawings of him at the piano or the scenes they pictured from the music. I recently pruned the collection down from hundreds to dozens, unable to discard them entirely.) I’ve told rabbinical students at JTS that once, in his early 90s (he passed away at 97), my dad sat down at the grand piano in the lobby of an apartment building and began to play a Chopin nocturne, transforming himself (or perhaps just our image of him) from an elderly gentlemen who had his share of physical ailments to a vessel of artistry that came, via his fingers, straight from the soul. “Everyone has a Chopin nocturne inside,” I tell the students. “It’s your job to elicit it and help it find expression in your community.” This is what leadership is about.

Third, he loved being Jewish. This love was not the result of theory, or even of a conscious decision. He simply loved family, friends, and shul and so many other things that were Jewish through and through. Men’s Club was his community inside a community. Taking his only child to tallit and tefillin on Sunday mornings, followed by breakfasts of bagels and lox, was a source of immense pleasure and pride, every bit as much as the duets we would do at the piano. I got that. I too was proud. He was at home in shul as almost nowhere else. I am at home in synagogues, I think, because I started out running up and down every hallway at Emanu-El—exploring every back staircase, checking out the boiler room, and investigating the choir loft—knowing that this was my parents’ home turf, and especially my father’s, because (this was the 1950s) he was the major macher in the family. The synagogue—and especially its Men’s Club—enabled him to be the father he wanted to be. His son was grateful then, and will always remain so.