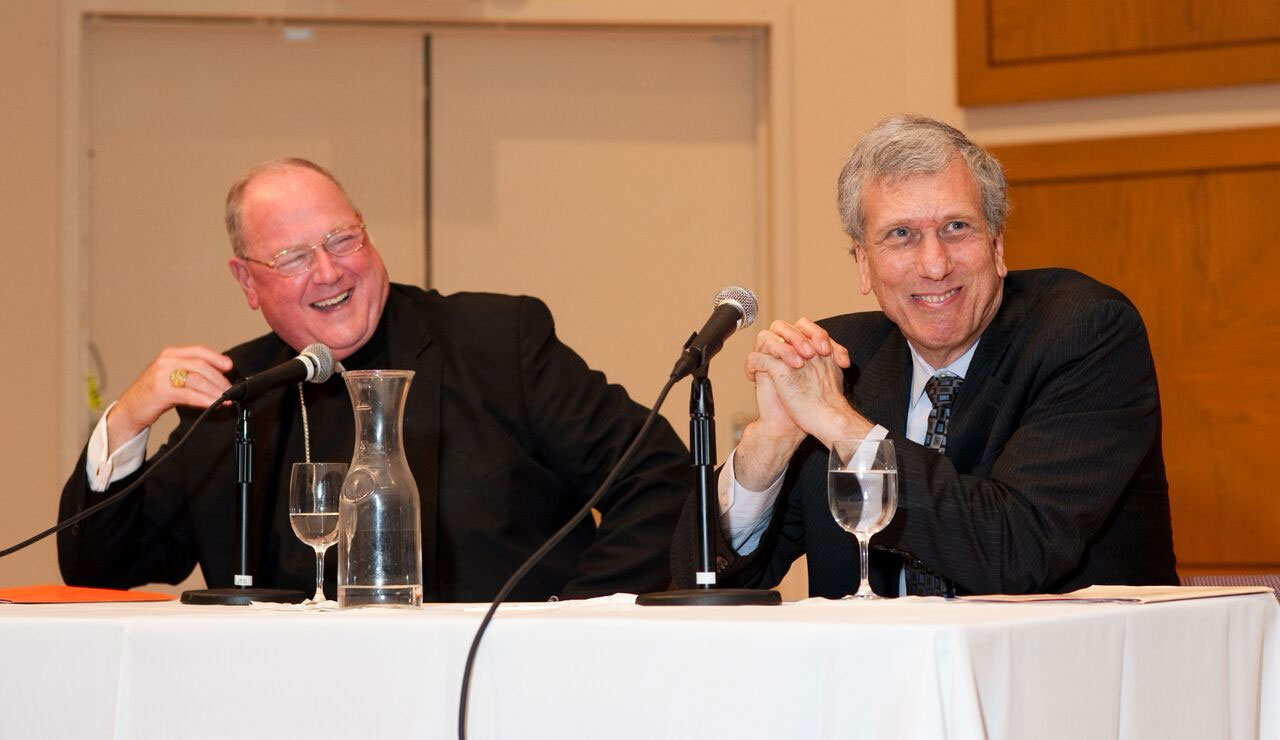 The following is adapted from the address I delivered on May 6, 2015, on the occasion of Archbishop Timothy Cardinal Dolan’s Return to JTS for the Annual John Paul II Center Lecture for Interreligious Dialogue.

I want to thank Cardinal Dolan for honoring JTS again with his presence and for the bold and eloquent words that he shared with us. The Cardinal’s visit to JTS represents the latest chapter in an exchange between the Catholic Church and the Jewish community of New York, and another testimony to how seriously JTS has always taken dialogue and partnership with other religious communities and their leaders. This is the raison d’être of the Milstein Center and of the Finkelstein Institute before it, and of the Institute for Religious and Social Studies, established by Louis Finkelstein, in the 1930s.

Nostra Aetate is named for its opening words, “in our day,” and 2015 is a moment—no less than 1965—when dialogue and partnership among religious groups and religious leaders have assumed new urgency. There are representatives of religion in this world, and in this country, who believe and proclaim that faith in God requires them to disrespect or oppose or persecute or kill believers in the same God who practice a different faith. JTS has always taught and practiced exactly the opposite conviction— indeed, JTS was founded in part to spread a vision of Torah that not only allows but mandates respect for other faiths and other ways of practicing Judaism. We have raised and inspired generation after generation of Jewish leaders to practice and teach this vision in their communities. Now, as ever, religious voices must be raised in service of interreligious respect as loudly and persistently as those seeking to drown out this commitment with bombs and bullets. If we are silent, they will win. That is why I am so grateful for Cardinal Dolan’s presence and for his rich and probing talk this evening. He summons us to work we must do, and do together. The alternative is too awful to contemplate.

I want to pick up on two points in the Cardinal’s stirring address, both of which flow directly, as we would expect, from teachings in Nostra Aetate itself. I shall call the first “the humility of confidence,” or “ultimate trust that expresses itself in utmost humility.” The second draws on a recent declaration by Pope Francis that “The one who doesn’t know to dialogue does not obey God.” Theology, as we know, is often long, abstruse, and difficult. Call my words, then, Jewish Theological Snippets – or, for short, JTS. Here goes. 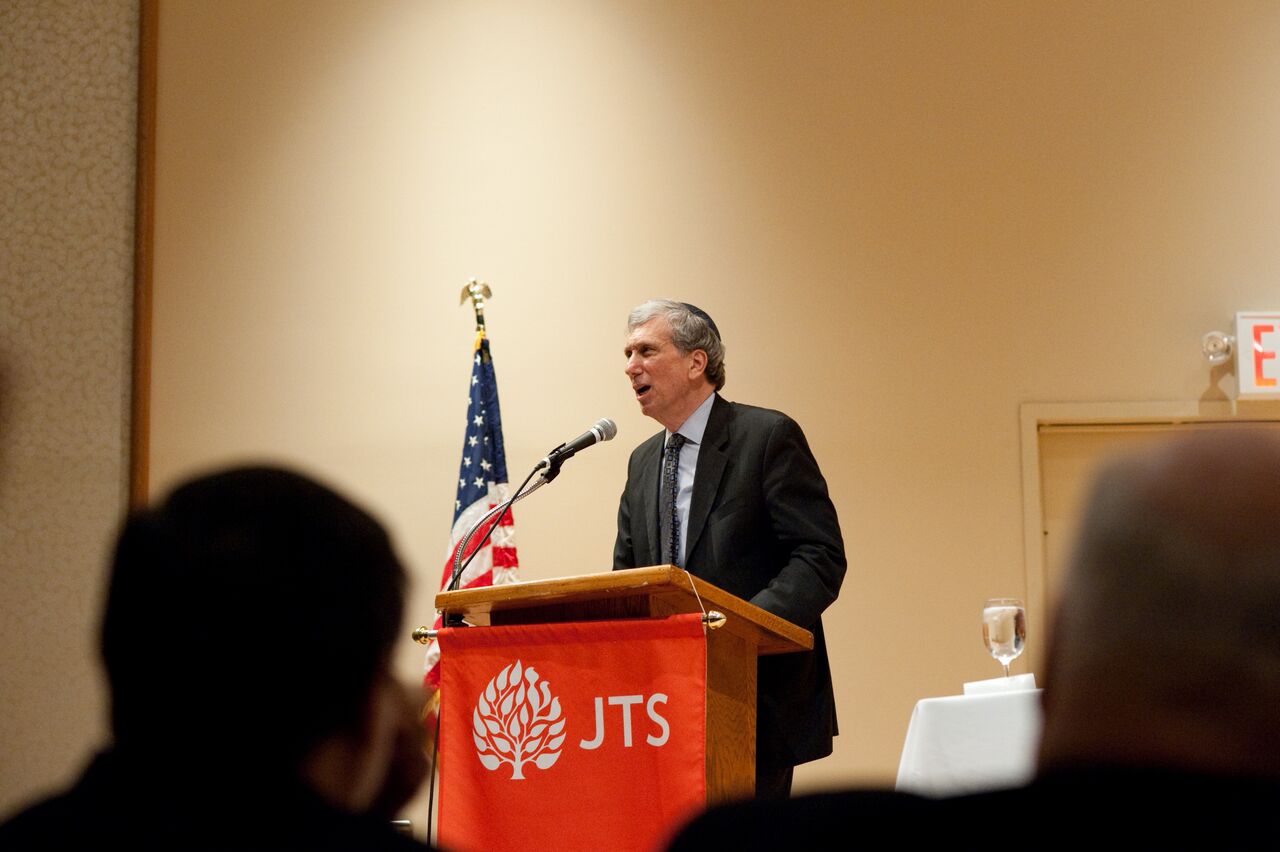 I’ve long wondered where Abraham Joshua Heschel got the confidence to declare in his book, God in Search of Man, that much of what passes for faith in our time is “irrelevant, oppressive, insipid, and dull”—and the humility to assert as well— as in his famous address across the street at Union Theological Seminary in 1965, another interfaith anniversary that we will mark this year—that “no religion is an island.” Jews and Christians need one another, he said, to face up to “the challenge and the expectation of the living God.” I think one clue to that combination of confidence and humility comes from the metaphor of land and sea so prominent in his book, Man is Not Alone: A Philosophy of Religion. We sail to faith and in faith, he wrote, because “our mind is like a fantastic seashell, and when applying our ear to its lips we hear a perpetual murmur from the waves beyond the shore.” A few pages later Heschel compared faith to an “island” to which we move across “the wake of undying wonder.”

I take Heschel’s metaphor very seriously. One does not need to be a mystic to believe that terra firma is not where faith lives. There is too much trust involved in faith for that to be the case, too little that is certain, too much doubt, too many “leaps of action”, as Heschel called them: decisions to “do more than we understand in order to understand more than we do.” One can’t walk across the water to God—that happens in your sacred story, Cardinal Dolan, but not ours, and unless I am mistaken, it happens only once. The rest of us swim to faith as best we can, and some of us are not good swimmers. We are carried to faith by currents more powerful than we can master or understand. In another teaching in this vein, Heschel declared that “we are not God’s accountants.” If we did know how history worked—if we could be sure of the mechanics of getting to God, knowing God, taking God’s attendance at or reporting God’s absence from an earthquake or a genocide or a child suffering in a hospital bed —we would have less uncertainty less humility, less need for one another— and therefore less mutual respect.

Most of us, by a certain age, have reason to believe, as Solomon Schechter put it in a phrase I love, that we “do know something.” Not everything, but something. Religious or non-religious, Catholic or Jew, Muslim or Hindu, we are betting our lives on the meaning, community and truth to be had inside a certain set of teachings, rituals, commandments, Scriptural books, and interfaith dialogues. We know what we love, almost as clearly as whom we love. And yet, as Pope Francis and Cardinal Dolan have both reminded us, we have much to learn—and we can only learn if we listen well to voices we have not heard. “The one who does not dialogue,” said Pope Francis, “wants to silence those who preach the newness of God.”

Nostra Aetate dwells on the lessons that Catholics can learn from Hinduism and Buddhism, and from Islam, before urging respect for Jews and Judaism and denouncing anti-Semitism: “We cannot truly call on God, the Father of All, if we refuse to treat in a brotherly way any man, created as he is in the image of God.” Substitute gender-neutral terms in that sentence and one has a profound truth for our time and any time. Nostra Aetate cites the New Testament to say, “He who does not love does not know God.”

Last week in synagogue we read the Torah portion that contains the verse on which that line is likely based. The portion is entitled Kedoshim, Holy, because of its opening injunction to “be holy” in everything we do, including business dealings, sexual relationships, treatment of the poor, rituals of worship, and performance of priestly responsibilities. Smack in the middle of these diverse commandments are the three Hebrew words that have directed human lives over our two faiths for two millennia: ve-ahavta le-re’akha kamokha: love your neighbor as yourself.

Of all the gifts that Cardinal Dolan shared with us this evening, perhaps the greatest was his sense of the importance and urgency of our working together on this task. If we do so, our communities will be blessed—as they gather to celebrate the 100th anniversary of Nostra Aetate—with a world of greater understanding and, perhaps, great peace.