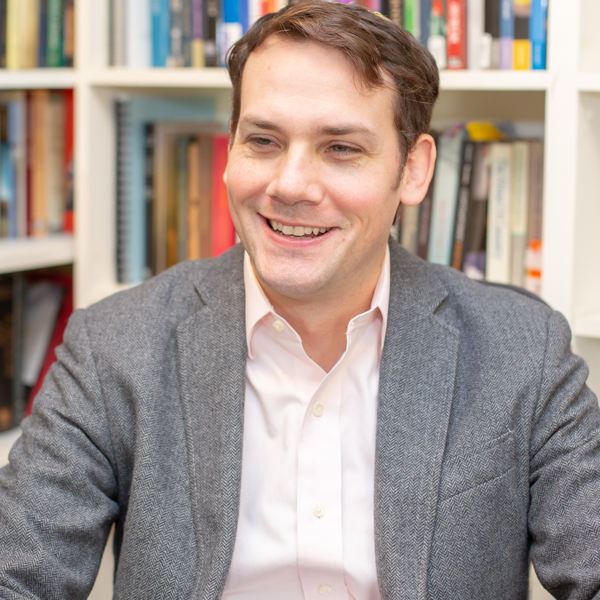 There can’t be many syllabuses like the one for this fall’s Judaism, Human Rights, and Social Justice. On its long reading list, Aristotle and Locke share real estate with the Shulhan Arukh, and liberal philosopher John Rawls is adjacent to several tractates of the Talmud. Mixed in are Genesis, Leviticus, Maimonides, Hannah Arendt, Ezekial Emanuel, and Ta’Nehisi Coates. Among others.

Assistant Professor Yonatan Brafman created the class—or actually recreated it from one he taught a few years ago—in part to serve as a core course for students in JTS’s new Certificate in Jewish Ethics and Justice program. He was inspired, as well, by the crises he saw roiling the country last summer: Covid-19 and inequities in American health care as well as mass protests against systemic racism.

Dr. Brafman thinks some students assumed he would tell them “what Judaism says” about justice. That’s the last thing he wants to do. “There are a lot of claims about what Judaism supports, and what I want to do in all my classes is teach people how to think about these questions rather than tell them Judaism supports this or that,” he explains.

Students who are interested in social justice are often eager to learn the “authentic” Jewish view on issues they care about. The problem, Dr. Brafman says, is that authenticity assumes there’s a true Jewish view has been carried forward through time, “like a handoff in football.” Instead, Dr. Brafman teaches students to value “integrity,” by which he means knowing how to find and read the gamut of Jewish sources on an issue and make a valid argument from them. When students read conflicting opinions, such as those of two contemporary Jewish thinkers on euthanasia, he wants them to evaluate the writers by asking, “How do they read the sources? Do they give a good account of them that also results in something we should do?”

The course’s eclectic reading list is designed to give students a theoretical foundation in philosophical approaches to social justice and human rights—secular and Jewish, contemporary and historic. Dr. Brafman has structured the course in large part around the thinking of John Rawls, the 20th-century political philosopher and author of the seminal A Theory of Justice and Political Liberalism. “All discussions of social justice need to reckon with him,” Dr. Brafman explains.

Students also study theories of human rights, and their critics, through reading contemporary philosophers, including some who’ve looked at human rights from a Jewish perspective, and they explore ideas about human rights as understood in various rabbinic texts.

As Dr. Brafman had envisioned last summer, the course culminates with an examination of racism in the U.S. and the question of reparations.

He hopes students come away from the class understanding that one can rarely find simple pronouncements about “what Judaism says” on specific moral issues. He wants them to see, too, that there has been and continues to be a constructive dialogue between cutting-edge philosophy and the Jewish tradition—and that it’s important to wrestle with these issues in Jewish and secular texts. “These texts make claims about what it is to be a human being, to create a just society,” says Dr. Brafman, “and thinking Jews should be reading these texts and exploring their answers to these very important questions.”