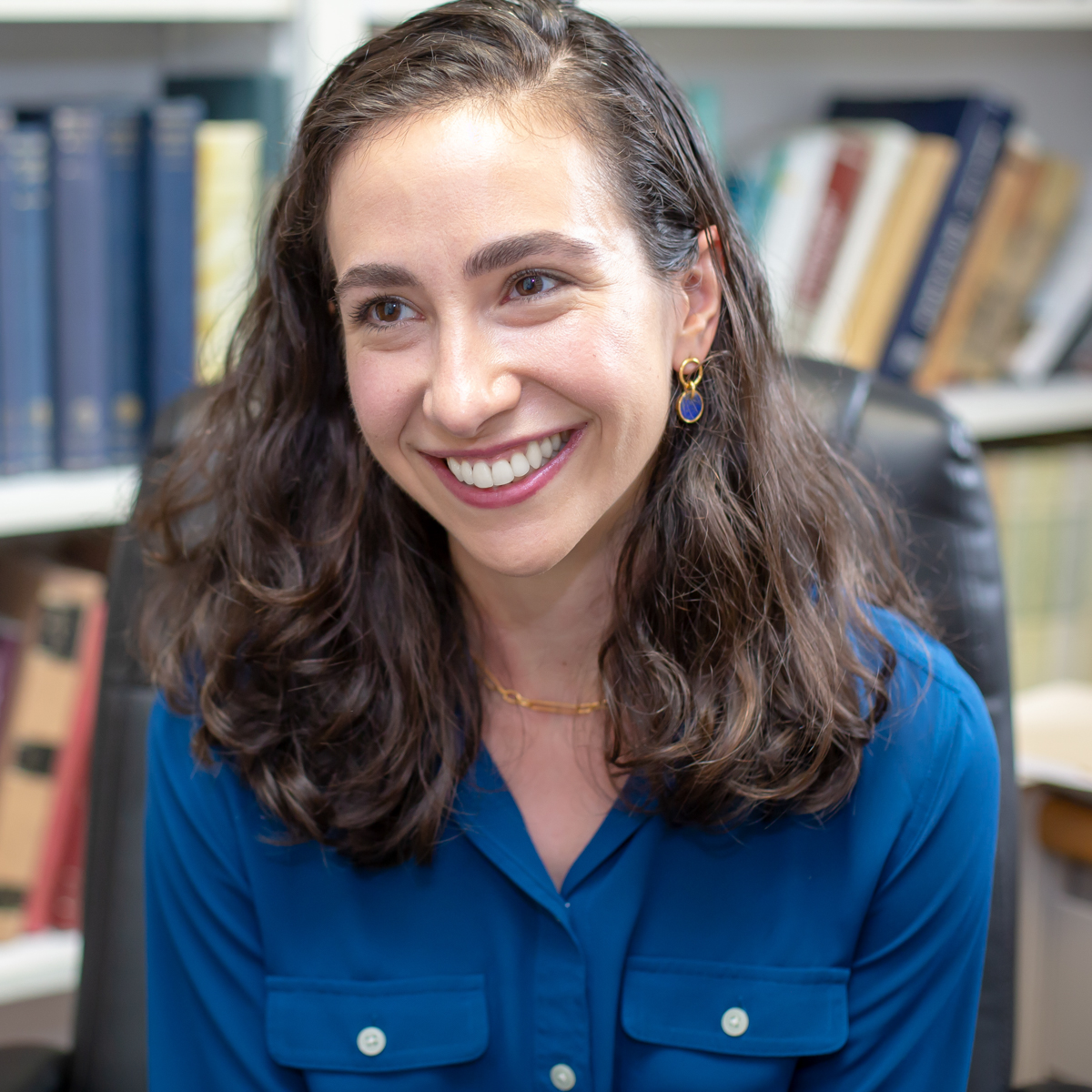 Assistant Professor Sarah Wolf is fascinated by halakhah, Jewish law, as expounded by the rabbis of the Talmud. Where some see arid discussions about infinitesimal details of Jewish observance, she sees something else: the rabbis revealing their ideas about human emotions and how those ideas illuminate the laws they devised.

Dr. Wolf, who teaches Talmud and Rabbinics, is exploring the nature of emotions in rabbinic legal texts for a book she’s working on. Recently, she tackled jealousy. It’s a feeling much discussed in the Torah’s narrative about the sotah, a woman whose husband suspects her of adultery. The woman must undergo an ordeal in which she drinks “bitter waters” to determine if the allegation is true.

Though the ritual and its implications are certainly abhorrent to contemporary readers, what interests Dr. Wolf is how rabbinic texts talk about jealousy, or kin’ah, the male emotion that sets the sotah ritual into motion. She recently presented a paper on the subject as part of a panel on “The ‘Negative’ Emotions in Halakhah” at the Academy of American Religion’s annual conference. For Dr. Wolf, rabbinic legal texts, including Mishnah Sotah, which addresses the laws surrounding the sotah ritual, show a focus on jealousy indicating they “may be just as much concerned with the regulation of acceptable male emotions as with the regulation of female sexuality.”

“In the rabbinic period, there’s a concern that men would be overly emotional and that their emotions would break forth and do destructive things,” and the idea “that men get jealous and jealousy is bad” can be seen not only in narrative texts but in legal texts, Dr. Wolf asserts.

She has been exploring other categories of human emotions in rabbinic legal texts—there are laws outlining penalties for inflicting shame, for instance, and rules governing the return of a lost object if the person who lost it “despairs” of ever finding it. Ultimately, the goal is to shed more light on rabbinic thought. “Did they think about emotions the way we do, or can we see from the way they’re legislating that they had different ideas?” asks Dr. Wolf. “And how can that help us better understand what kind of questions and problems they were trying to work out?”