The Context of Violence 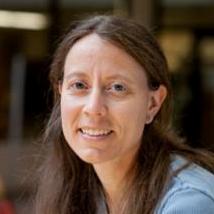 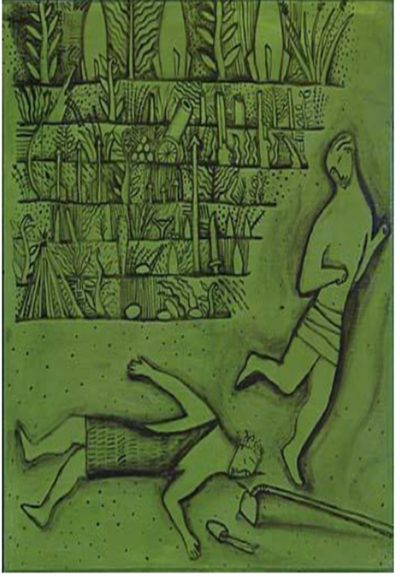 This past week we were again confronted with horrific acts of violence across the globe, followed by a host of attempts to explain why and what should be done. Over centuries, the story of Cain and Abel became a central text through which this reality of violence was explored: how do we account for violence in our world? Can we control our rage, or are we doomed to act on our impulses? With its paucity of detail and conspicuous narrative lacunae, Bereishit’s description of the first murder, when Cain killed Abel, inspired countless visual artists—from the Old Masters to modern expressionists—to respond creatively to these questions.

The Seattle-based artist Sandra Zeiset Richardson (1957–2014) created her own visual midrash on the enigmatic text. “Cain Killed Abel,” one in a series of biblical-themed ceramic tiles, fills an obvious narrative gap—how did he do it—and in doing so hints that the roots of violence lay in the transition to an agrarian society. Zeiset depicts Cain’s weapons as a hoe and shovel, suggesting that tensions between the farmer (Cain) and the shepherd (Abel) are at the heart of the conflict. Recalling that the “tiller of soil’s” descendent was also the first blacksmith (Gen 4:22), her image depicts the other “fruits” of Cain’s labor: a progression of increasingly deadly weapons, from slingshots, arrows, and swords to rifles, canons, and finally, the atomic bomb. For Zeiset, violence is not inevitable; there is no “war instinct,” rather, its presence can only be understood by attending more closely to material conditions.

Image reproduced with kind permission of the artist’s family.