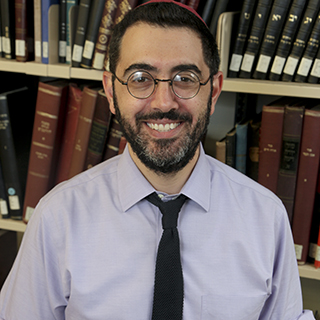 At the heart of this week’s parashah, we find the following:

All the commandments (כָּל־הַמִּצְוָה) which I command you this day shall you take care to do, that you may live, and multiply, and go in and possess the land which the Lord swore to your fathers. And you shall remember all the ways (כָּל־הַדֶּרֶךְ) which the Lord your God led you these forty years in the wilderness, to humble you, and to prove you, to know what was in your heart, whether you would keep His commandments, or not. (Deut. 8:1–2)

These verses sum up the basic premise of Moses’s series of speeches to the people as they prepare to enter the Promised Land, which constitute, in large measure, this book of the Bible. The premise is simple and twofold: God requires that the Jewish people keep the commandments. It is the fidelity to this set of ritual and ethical norms and behaviors which insures divine favor, and which will enable this nomadic people to settle and dwell in peace in the land that had been promised to their ancestors. Furthermore, these people must remember how and why it is they, and not their parents’ generation, are now lucky enough to be standing at the precipice of the true freedom that entering the Land symbolizes. Their parents proved unworthy; their legacy as Egyptian-born slaves rendered them incapable of making the kinds of choices that God required of them.

But if this message is simple, its grammar is not. The verse begins with the phrase “כָּל־הַמִּצְוָ֗ה” (kol hamitzvah), or “all the commandment,” which, as my nine-year-old son might say, “makes, like, no sense.” Why is this word in the singular and not the plural? It can’t be a mistake, because the second verse utilizes precisely the same form, insisting that the community remember, “all of the way,” when, clearly, “all of the ways,” in the plural, is intended. This is precisely the kind of linguistic anomaly which so frequently comprises the itch that the midrashic tradition is intended to scratch. But Midrash, the rabbinic genre which consciously addresses the biblical text and its ideas, here lets us down. Apparently, we must simply accept that a singular form can sometimes stand in for the category as a whole.

I have learned, however, that sometimes it is the other kind of rabbinic literature, the kind which makes little to no reference to the biblical text, which ironically can be the source of deeply satisfying explanations of the Bible. I am referring here to the Mishnah. The Mishnah is no commentary on the Bible. Instead, it is the first work of Jewish law to create its own structure, taking rabbinic explanations and traditions away from their scriptural context so that they may stand on their own. And yet, when read side by side with biblical passages, the Mishnah demonstrates itself to be aware of not only the content of biblical law, but also its form.

I remember the very moment I learned this lesson. I was nervously attempting to answer a question posed to me by my teacher, Professor Neil Danzig, who has recently retired from JTS. I was taking a comprehensive exam in Mishnah for my doctorate in Talmud from JTS. I had chosen to study the tractate Negaim, which is the rabbinic equivalent to Tazria-Metzora, in which a strange skin disease, its cures, and its social consequences are examined in great detail. Professor Danzig had asked me about the literary form of the work, and each time I tried to talk about the content he stopped me. “But why is it organized this way?” he asked. Finally, I admitted that I didn’t know. He smiled and handed me a Bible from the shelf, and had me turn to a passage in Leviticus. While preparing my test, he was himself bothered by the question he was now asking me. He, unlike I, was able to figure it out. It turns out that the structure of the Mishnah followed, in precise detail, the very language of the verses he was insisting that I read. I learned that day that the Mishnah can sometimes be used to interpret the Bible, and I propose that we look to Mishnah to solve the question I posed above regarding the strange singular form in our verse:

The linguistic relationship here is self-evident. The Mishnah is speaking of a singular commandment, without telling us which one it is. The reward, however, is quite specific, and is precisely the same reward as in Deuteronomy 8: long life, possession of the Land, and general wellbeing.

The Babylonian Talmud is perplexed by the Mishnah’s lack of specificity, and comes up with a fascinating and compelling interpretation of this mishnah and therefore of the biblical verse. The Talmud asserts that it speaks of a person who is good and bad in precisely equal measure (BT Kiddushin 39b). If we were to adopt the primary metaphor of the High Holidays, toward which we are now counting down, such a person has just as many entries in the Book of Life as in the Book of Death. It is this person who needs either one good deed or the absence of that one good deed to tide them over into either camp. (It is interesting to note that the opposite of a mitzvah is not a sin, here, but simply the lack of a mitzvah.) Given that none of us has access to those imaginary books in the sky, the truth is that each and every one of us is always in this position.

So the Mishnah, and therefore Moses, is encouraging us to see ourselves as constantly standing at the brink, and it is our job to pick a mitzvah. While the plain sense of Deuteronomy 8 seems to insist upon perfect performance of all the mitzvot, the fact that the Torah speaks of this as a single mitzvah and not all of them is something from which we ought to take comfort.

In the Jerusalem Talmud, Yosse the son of Rabbi Boon makes this point even more beautifully, when interpreting this mishnah. He suggests that we should each pick a mitzvah, one single mitzvah to be scrupulous about and to perform as often and as well as we can (JT Kiddushin 1:9 / 61d). I know which mitzvah is Professor Danzig’s favorite, for it is mine as well, and that is Talmud Torah, the study of Torah in all its various forms (that is what JTS is really all about, after all). But it need not be everyone’s. It could well be visiting the sick, or welcoming guests into our homes, or making peace between people, or putting on tefillin, or keeping kosher, or shaking the lulav, or even providing the necessary funds for the community to function. There are 613 of them, but all we need to do is pick one. Moses is telling us here to pick a mitzvah, any mitzvah, and promises that it will be well worth it if we do.