Between the Lines: Legacy of Blood 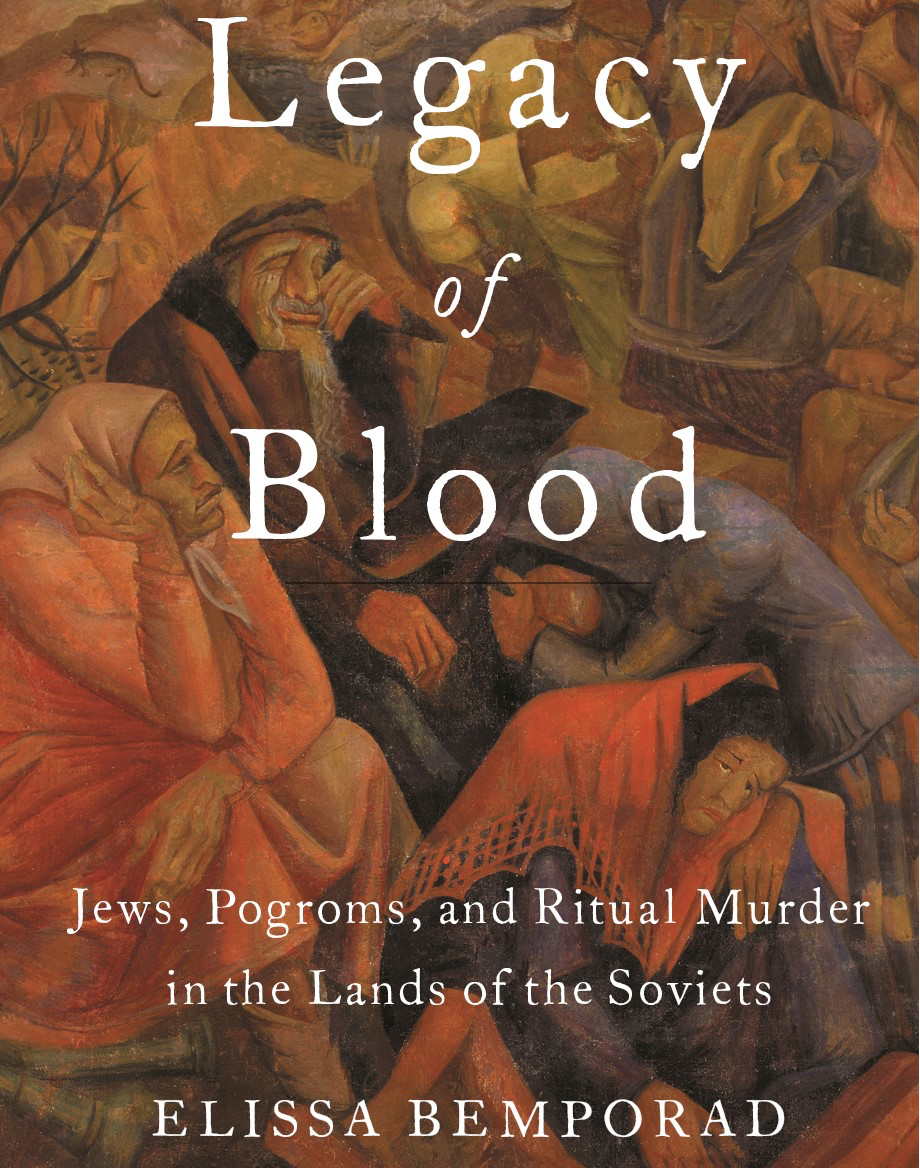 Legacy of Blood: Jews, Pogroms, and Ritual Murder in the Land of the Soviets

As part of Between the Lines: Author Conversations from The Library of JTS, join us for an online discussion with author and historian Elissa Bemporad about her book, Legacy of Blood: Jews, Pogroms, and Ritual Murder in the Lands of the Soviets.

Based on witness accounts, memoirs, the press, and secret police reports from the archives and libraries of Kyiv, Lviv, Vilnius, Jerusalem, Washington D.C., and New York City, Legacy of Blood explores the afterlife of the two most extreme manifestations of tsarist antisemitism—pogroms and blood libels—in the Soviet Union, from the Revolution of 1917 to the early 1960s.

By dissecting the phenomenon and the memory of anti-Jewish violence under the Bolsheviks, this book sheds light on the ever-changing and at times ambivalent relationship between the state and the Jewish minority group in modern times.

Shelley S. Hebert writes in The Times of Israel: “It provides an unflinching examination of the political, governmental and social dynamics that led to the violent deaths of hundreds of thousands of Jews in the late 19th and early 20th centuries.”

Elissa Bemporad is the Jerry and William Ungar Chair in East European Jewish History and the Holocaust, and Professor of history at Queens College and The Graduate Center – CUNY. She is the author of the award-winning Becoming Soviet Jews: The Bolshevik Experiment in Minsk (Indiana University Press, 2013, National Jewish Book Award, and Fraenkel Prize in Contemporary History). Elissa is the co-editor of two volumes: Women and Genocide: Survivors, Victims, Perpetrators (Indiana University Press, 2018); and Pogroms: A Documentary History of Anti-Jewish Violence (forthcoming with Oxford University Press, with Gene Avrutin). Elisssa’s new book, entitled Legacy of Blood: Jews, Pogroms, and Ritual Murder in the Lands of the Soviets (Oxford University Press, 2019) is the winner of a National Jewish Book Award. Elissa also serves as editor of Jewish Social Studies.